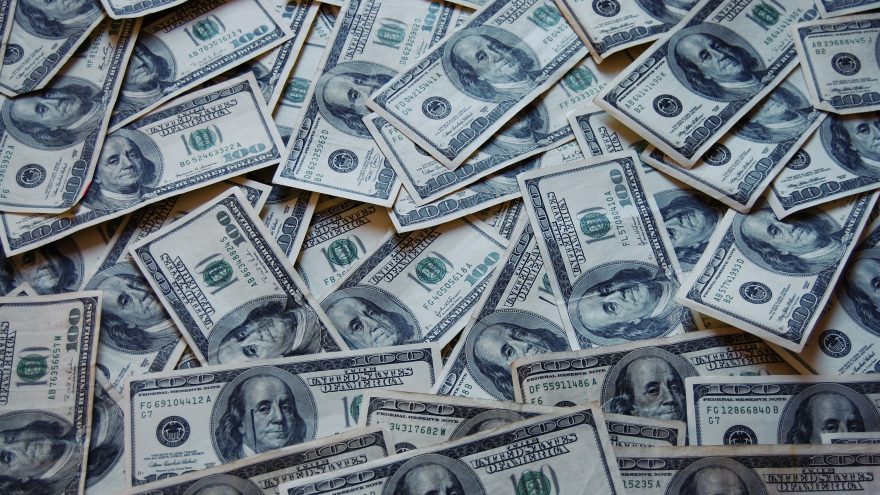 
On March 31st of this year, Joe Biden released the United States’ emergency oil reserves. Under his watch, we saw oil rise to over $5 a gallon on average nationwide. Gas prices hit an all-time national high. This was all the fault of Joe Biden and now the bill comes due.

For the record, Joe Biden is directly responsible for the insanely high gas prices, to begin with. We’ll address that later in the article, but in short, he nixed the Keystone Pipeline, destroyed energy production at home, and directly triggered Russia’s invasion of Ukraine. But all of that doesn’t matter, does it? Because he, as Biden says himself, he lowered gas prices to $4.50 a gallon! The lowest it’s been in months!

Let’s not forget that under Trump, average gas prices dropped below $2 nationally and the United States became a net exporter of petroleum for the first time in 75 years. Once Biden destroyed that surplus, he decided to dip into emergency reserves meant for crises like wartime. Furthermore, Trump himself was the one who filled those reserves to begin with. So now Biden has to clean up his mess and it’s going to be expensive. According to Bloomberg, Biden’s efforts to refill these reserves will cost $80 a barrell. Under Donald Trump, that price was only $24.

But was this whole situation really Biden’s fault? In short, yes.

The 1,200 mile Keystone XL Pipeline was proposed in 2008. Until 2017, it faced delays from permits and controversies surrounding tribal land and climate change doomsayers. The pipeline would bring 830,000 barrels of crude oil a day from Alberta to Nebraska. Donald Trump revived the pipeline and gave builders the go ahead in 2017. Soon after taking office, Joe Biden revoke a permit, halted progress, and definitively killed the project in 2021. In so doing, he eliminated the jobs of 1,500 workers who were currently on the project and lowered world confidence in American oil production.

In September of 2018, the Energy Information Administration announced that US crude oil production exceeded that of Saudi Arabia for the first time in more than two decades. We became the largest producer of crude oil on earth. Under Donald Trump, the United States became a net exporter for the first time in decades. One of Biden’s first actions in office was to suspend oil and gas leases in the name of “climate change.” Then, he continued to put barrier after barrier in their way. When we aren’t producing oil like we were, that doesn’t only raise prices for us, it raises them for everyone we do business with. Yes, that includes Europe. We saw this play out in March when the UAE announced a massive increase in oil production and prices dropped worldwide overnight.

Biden Started the War in Ukraine

This is the elephant in the room in so many ways. The US boycott of Russia has had the largest impact on global gas prices. Very few people will deny this. Ultimately, Joe Biden’s actions are directly responsible for the war in Ukraine, allow me to explain. Vladimir Putin has had imperialist ambitions to conquer Ukraine for decades. In May of 2021, Joe Biden waved sanctions on Russia’s Nord Stream II Pipeline (even though he shut down our own.) This meant that Russia could obtain its oil without playing nice with Ukraine. Then, at a press conference on January 19th, 2022, Joe Biden implied that if Russia only led a “minor incursion” his response would be minimal. Combine this with his complete disregard as the Taliban took over Afghanistan and made off with over $7,000,000,000 ($7 billion) of US assets. He welcomed Russia to invade Ukraine. Both the invasion and the boycotts that followed rest squarely on Joseph Biden’s shoulders.

So Biden shut down Trump’s policies that led to prosperity. He destroyed the economy and started a war. Then he finally drained our emergency reserves to that his party could win the midterms. Biden coasted off of Trump’s hard work and now we, the American people are going to pay for it. And the bill is quite high. Are you ready for the check? Because it seems your dinner data has already left.