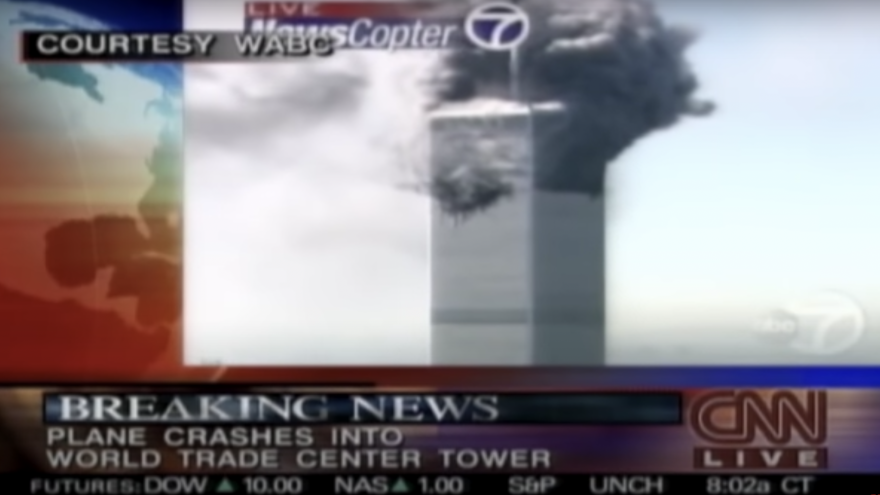 
The horrific attacks on September 11th, 2001 will color American history forever. But why did they happen? And could they have been prevented? The answer might surprise you: it’s Yes. And Easily.

The story of John O’Neill may as well have been a Greek tragedy.

Where It All Started

Our story starts in 1993 when Ramzi Yousef engineered a plot to bomb the World Trade Center. He detonated a car bomb under Tower One (the north tower), intending to knock it into Tower Two and cause mass casualties. Luckily he failed. The bombing still caused six deaths, 1,042 injuries, and a devastating wake of destruction. But the twin towers still stood firm in the aftermath.

FBI Special Agent John P. O’Neill set out to investigate the plot. He didn’t just take up the mission, however, he embodied it, lived it. Protecting innocent Americans from the terrorist syndicate that orchestrated the ’93 attacks became the central aim of his life. O’Neill lived and breathed this case. Agents and cops were willing to follow him through fire. O’Neill’s determination, however, was ultimately his undoing.

O’Neill closely followed every international detail he could find about the terror cell behind the 1993 attacks. He followed Iman al-Zawahiri, Osama bin-Laden, other key figures with laser focus. His team described him as commanding, loving, dedicated, and unstoppable. If there was anyone capable of catching Zawahiri and bringing down al-Qaeda, it was O’Neill. There was one key problem,  he wasn’t getting the full picture.

The Tower Crumbles From Within

During this period in the late 90’s, the United States began facing international terror in ways we never had. From a departmental standpoint, it wasn’t clear where one’s jurisdiction ended and another’s began. Instead of working together, leadership in the CIA became jealous and vindictive when the FBI came knocking.

Ali Soufan was an Arabic Speaking FBI agent under the directorship of John O’Neill. In the year 2000, terrorists bombed the USS Cole off the coast of Yemen, killing 17 Americans. Soufan formally requested any information the CIA had on the insurgency responsible. The agency delayed and withheld information to protect their jurisdiction and their own investigation. The information they kept hidden, would likely have prevented the horrific 9/11 attacks.

The CIA already had intel on not one but two connected terrorists here in the United States. Both had obtained visas and were living in California.

Mark Rossini was an FBI agent operating out of Alec Station, the CIA location dedicated to al-Qaeda. He was privy to the information about these two terrorists and thought about sharing with O’Neill’s team. He almost did until the CIA warned him that he would face severe discipline if he did. Rossini assumed that the CIA had very good reasons for keeping the information under lock and key… although, he would come to regret that assumption dearly.

Both of the men in question were hijackers in the attacks on September 11th, 2001.

After the USS Cole, O’Neill was hot on the tail of Zawahiri. In fact, he had nearly all the pieces he needed to put the whole picture together but was missing only what the CIA withheld from him. O’Neill, however, wouldn’t be working with the FBI for long. A very important briefcase containing classified information left John’s possession in May of 2000. An FBI agent losing a briefcase can easily end not only their career, but their life itself.

Information later surfaced that a gang of burglars got their hands on the briefcase. The FBI reports that none of the highly classified materials in it went missing or were even touched.

He retained his position until the New York Times obtained a leak of the incident. At this point, O’Neill decided it was time to retire in August of 2001. This devastating blow meant that it would be much harder for the bureau to find and apprehend the members and leaders of al-Qaeda and prevent further attacks. However, it meant that John finally had more time for his family, which he counted as an incredible blessing.

Very soon after his retirement from the FBI, O’Neill took on a new role as head of security for the World Trade Center. He began his new position on August 23rd of 2001, some 19 days before the historic attack. An old friend and colleague Wesley Wong, last saw O’Neill walking toward a tunnel leading to the South Tower on the day of the attacks, likely doing everything in his power to help others to safety. Wesley knew O’Neill for more than twenty years.

The last record of contact with John O’Neill was a phone call with his son. John assured the young man that he was okay and assessing the situation.

John was a dedicated family man as well as one of the best agents the FBI has ever had. His body rests at Mary’s Crossing Cemetery in New Jersey and the North Pool of the New York memorial to the attacks bears and honors his name.

The Lesson to be Learned

Matthew Besheer was a detective on the Joint Terrorism Task Force with O’Neil and witnessed his prowess firstand. In tears, he shared his thoughts with the History Channel:

“The guy who led the charge, the one who was screaming the loudest at the whole world for anyone who would listen to say that al-Qaeda is coming to get us was killed in their epic attack against the United States. There’s no word to describe that.”

If it weren’t for the incompetence and corruption of our intelligence community, not only would John O’Neill likely be alive today, but so would the other 2,996 who died that day may have also had a chance.

Between the FBI and CIA, there was enough intel to track down and apprehend all nine hijackers before they even had a chance. Sufan did his duty, O’Neill did his duty, and Rossini, whose cousin died in the attack, claims that if he had spoken up, it’s overwhelmingly likely that the event rippled the history of the world would never had come to fruition.

The 9/11 attacks opened the door for a level of surveillance the United States would never have dreamt of in our most Orwellian nightmares prior.

Rossini warns that the root has never been touched. The CIA never had to answer for its criminally negligent behavior. As Rossini himself put it:

“No one has been called before a grand jury and forced to tell the truth.”