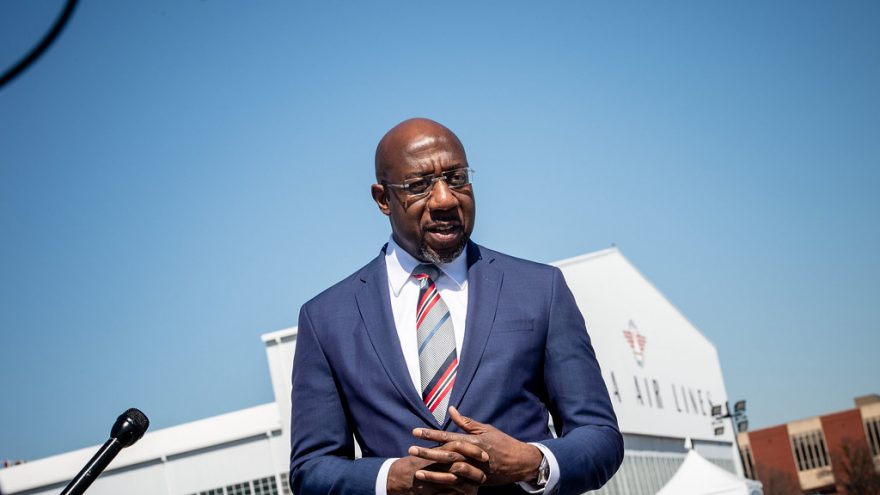 
It’s no secret that politicians pull strings to fill their wallets. Georgia Democrat Senator Raphael Warnock is no exception.

Warnock has really been rolling in the dough. He took office last year and got his hands on more than half a million dollars from a bevy of sources. Book deals and contributors have been very generous according to his financial disclosure records.

His total income from before the election was $221,602. Afterward, in 2021, he raked in $532,781 according to his financial disclosures. His senate salary was a minimal proportion of that half a million dollars at only $164,816. Wondering where the other money came from? penguin Random House paid him $243,750. This was an advance on his memoir that was published in June. He took in an extra $5,750 in speaking fees as well.

A still sizeable, but much more questionable portion came from Ebenezer Baptist Church. The Church paid him $120,964 with a $7,417 per month housing stipend included. For the record, senators are limited to $29,000 maximum in outside income. That “housing allowance” clause allowed him to skirt the line.

From the Washington Free Beacon:

“Raphael Warnock cares more about himself than the people of Georgia. He has been trying to cash in on his job since day one,” a Walker spokesman told the Washington Free Beacon. “Warnock is always looking for another chance to use his position to make more money and misuse campaign funds.”

His questionable exploits with Ebenezer church don’t end there.

Warnock was able to avoid ethics rules that prohibit lawmakers from earning over 15 percent of their income from outside employers through a unique financial agreement with the Ebenezer Baptist Church. His campaign said $89,000 of his salary from Ebenezer Baptist Church was a “personal parsonage allowance” to pay for his housing, according to the Atlanta Journal Constitution. Warnock’s home in Atlanta is worth around $1 million, the AJC reported.

Warnock faces a Federal Elections Commission complaint for violating law by using his campaign funds for unrelated legal fees. He also faces a custody suit with his ex-wife and he faces a constituency who he is quickly falling out of touch with.

The hopefully soon to be ex-Senator is competing in a very tight race to maintain his seat this year. It’s vital that he, and other corrupt, money-grubbing politicians like him, fail to reclaim their seats of power. Ultimately, that’s up to you and I.