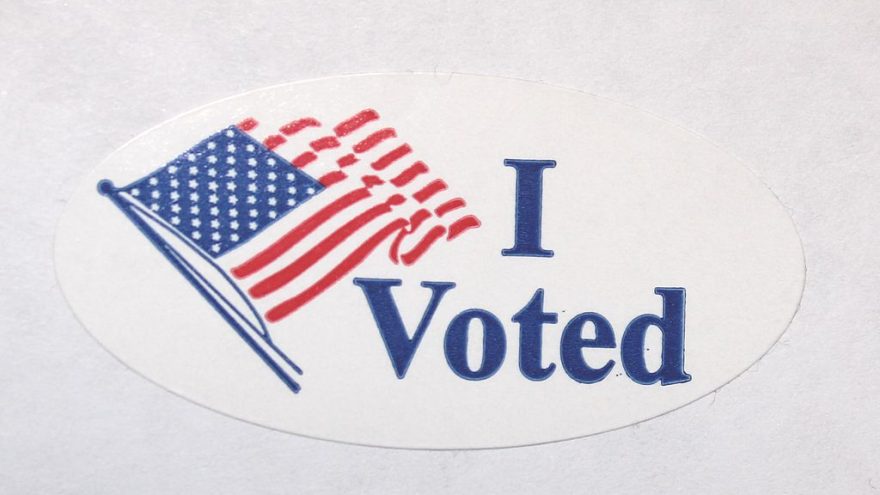 
Today, both New York and Florida hold primary elections for the 2022 midterms. Two Democratic hopefuls have wide-eyed dreams of unseating the immensely popular Governor Ron DeSantis. In New York, things are really getting interesting as incumbent Democrats are forced into a brutal election battle.

When CBS asked Nikki Fried what she had to offer that her primary opponent does not, the only thing she could come up with was “a new face.” She says that Ron Desantis is an “authoritarian dictator” and that she is resisting “borderline fascism.”

Desantis was one of the few governors who refused to drown their economies during the COVID panic. As a result, his state thrived while many others crumbled. Even the actual disease and death numbers in Florida remained remarkably similar to California’s despite leading polar opposite responses.

Where Florida was free, California was stifled. Still, Fried believes that accusing her opponent of authoritarianism will be effective. We’ll see how that works out for her against her extremely popular opponent.

“Votes like your life depends on it, because it actually does”

Crist is also trying to use a message of unity to nab centrist Republicans. ABC noted that Biden attempted the same strategy in 2020, and lost Florida. Crist is a former republican and hasn’t held state office since 2006.

Most polls show Crist leading Fried, some by as much as double digits. Still, journals like The Guardian are calling Crist the “new hope” for Democrats in Florida.

It’s unlikely that either of these Democrats had a solid shot against DeSantis. According to the Miami Chamber, DeSantis is one of the most popular governors in America. He stands at a 64% job approval rating among Floridians and only 24% disapprove.

DeSantis may just be the Republicans’ most popular politician in the country. A University of North Florida Public Opinion Research Lab Poll found the 47% of Florida Republicans favored DeSantis for a 2024 presidential run while only 45% favored Trump.

New York’s redistricting created a new and deeply democrat 10th district. 2 immensely popular democrats are competing for the seat. New York voters are concerned about skyrocketing rent, safety, and economic recovery. This primary is essentially the general election itself since the district is so heavily blue.

Jones has represented New York’s 17th district since 2021 and is now one of 13 candidates for the 10th. He has decided to make his campaign focus primarily on gun control.

“Also, gun violence generally is an epidemic in this country. Just look at Brooklyn South where we stand today. All the way to East New York, 133 people have been shot this year. 124 the year before in Brooklyn South. That is simply unacceptable.”

Jones is also famous for being the first openly gay black member of congress. He is currently in third place with 13% of the projected vote according to Emerson College Polling.

He said that the people of New York made it very clear that they were looking for another option.

New Yorkers are more than ready to be rid of him

In second place with 17% of the projected vote is Yuh Line Niou. Niou’s platform is focused on immigration.

She represented the same constituency as an assembly member. She is a highly progressive candidate focused on government spending on progressive community issues.

She fought to defund the police in 2020 despite moving to her district because of “safety issues” of living near Harlem. Democrats move away from grime and spread it wherever they go. Yuh Line is a prime example of how Democrats flee the disastrous effects of their policies and then sow their seeds wherever they go.

Dan Goldman currently leads the polls at 22% over his several opponents. In November of 2021, Daniel Goldman announced a run for New York Attorney General. He lost that race, just like he failed in his bitter attempt to impeach former President Donald Trump.

He is running on a platform of “defending democracy” against Donald Trump as well as several other farcical issues. In an interview with MSNBC, he stated that several “existential threats” to our country forced him to run. He is mortified that some Americans oppose killing children. Goldman claims to be an advocate for the right to vote. By that, he means that he will oppose any election security in the name of “racial equality.” Finally, he runs on a platform of climate change.

Goldman is the trifecta of Democrat corruption. He represents entrenched political avarice, deceptive “progressive” agendas, and a thorough track record of failure.

Regardless of who wins New York’s 10th district, you can be certain that crime, corruption, and urban decay will have a stronger foothold than they did beforehand. On the flipside, Florida’s primary may as well be political theater. neither candidate will stand a chance going to go to toe with one of the most popular politicians in America, Ron DeSantis.