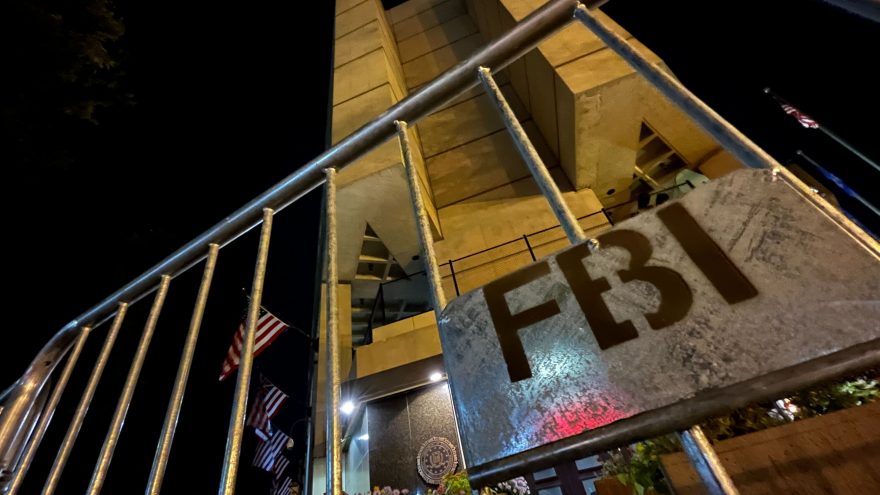 
Magistrate Judge Bruce Reinhart approved the August 5th warrant and will hear a case today for its unsealing. Despite the case’s prominence, it is unlikely we will obtain any clear answers for a few key reasons.

A Profound Need for Clarity

Immediately after the FBI raided Donald Trump’s Mar-a-Lago estate, the intelligence community lost American trust. No one wants to live in a police state. They have since been cryptic at best about their intentions and what they found. This search is unprecedented in US history and the people want answers.

On Monday Night, the Justice Department sent an email to Trump’s lawyers that made it clear they were still sorting through masses of boxes they seized from Trump’s property. Former Trump Spokesman Taylor Budowich tweeted this screenshot.

This is how Fake News works, folks. Biden admin actively feeds half truths & lies that the media willingly amplifies—advancing a partisan narrative to attack Trump.@NorahODonnell, did your “source” read you this email? Did you bother asking if they indeed seized the passports? https://t.co/DlzkagN0ie pic.twitter.com/VwCU7DPCvg

Many news outlets are reporting this story as “fake news” because Donald Trump spoke on the issue after the FBI returned the passports. This detail holds no bearing on the fact of the matter. The FBI took everything they could. The former president spoke on this via Truth Social, Tuesday evening:

“The DOJ and FBI just returned my passports. Thank you! Unfortunately, when they Raided my home, Mar-a-Lago, 8 days ago, they just opened their arms and grabbed everything in sight, much as a common criminal would do. This shouldn’t happen in America!”

Senator Lindsey Graham of South Carolina, told Fox News on Monday that “The affidavit should help us a lot understand what happened here. We’re flying blind in the dark and the American people are going through too much pain, too much heartache on this endless effort to destroy Donald Trump.”

In a joint filing, even CNN and other outlets demanded the documents be released. “Before the events of this week, not since the Nixon Administration had the federal government wielded its power to seize records from a former President in such a public fashion… tremendous public interest in these records in particular outweighs any purported interest in keeping them secret.”

Without these documents, the FBI and DOJ would have no credibility with the American people.

Donald Trump has been pursuing Hillary Clinton in a case of racketeering connected to the 2016 presidential election. The original judge was recused himself and judge Bruce Reinhardt took over. Reinhardt recused himself for impartiality before he gave the go ahead to raid Trump’s Mar-a-Lago estate. That same judge, Bruce Reinhardt, represented clients of convicted sex offender Jeffrey Epstein.

So why was an Epstein judge involved in Donald Trump’s case right before he approved a historically dubious raid of the former president’s estate? No matter what, the entire situation demands far more information than intelligence agencies are giving us. If Hillary Clinton was involved, however, it’s not likely that we will ever know the full story.

Either way, this situation makes it much harder for Americans to dismiss the idea that a wicked cabal of self-interested actors are pulling the strings of a “deep-state” as just “conspiracy theory nonsense.”

This one speaks for itself:

White House claims Biden found out about FBI raid on Mar-a-Lago "really like all of us did." pic.twitter.com/98wP5OATvc

Today’s ruling is important and well-worth following, but I wouldn’t expect any satisfying answers. This case is unprecedented and brazen. Too many players involved are known for their cryptic and dirty political games. If there was a case that could “blow the lid” on corruption in the Department of Justice, this might be it. However, it won’t happen overnight and there is no way that Bruce Reinhardt is willing to tell you and I the full story today. This could take years, but we can know for certain that in order to fight back, we need to retake the House, the Senate, and the Presidency. Volunteer, knock doors, raise awareness, and let’s work together to take our country back.

One thought on “Today, Judge Will Determine Unsealing of Mar-a-Lago Raid Documents”