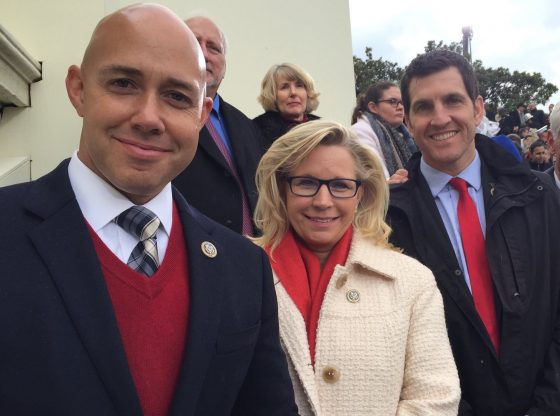 
“Republican” Liz Cheney lost her primary last night and she is out of the running for the midterm election. Conservatives are cheering that one of two January 6th Committee traitors is down for the count. Still, she murmurs of a fool’s hope to influence the 2024 presidential election.

Before we jump into it, take a look at Donald Trump Jr’s video celebrating Cheney’s defeat.

Bye bye @Liz_Cheney. On the bright side at least you won’t have to pretend to be from Wyoming anymore.
pic.twitter.com/DMcj3ua42d

Cheney’s politics and her strategy were her downfall. She made her entire platform revolve around Donald Trump and January 6th when her constituency actually cared very little about either. Cheney now has more Democrat supporters than Republicans. Even the liberal media sings her praises at every turn. Is her new Democrat support enough for her to earn a platform among their ranks? Only time will tell.

Cheney’s Focus on the Presidency

Cheney had this to say to Jeremy Adler of Politico that she might determine who becomes the leader of the free world.

“In coming weeks, Liz will be launching an organization to educate the American people about the ongoing threat to our Republic, and to mobilize a unified effort to oppose any Donald Trump campaign for president,”

She once again labeled Trump a “grave threat.”

“I think that defeating him is going to require a broad and united front of Democrats, Republicans, and independents, and that’s what I intend to be part of.”

Americans are concerned with affording food for their children, paying off their debts, commuting to work without breaking the bank, and securing a bright future for their families. Americans don’t care about Donald Trump today nearly as much as they care about cleaning up the mess Joe Biden has left this country and world in.

Rejecting Her Own Voting Base

Still, Cheney made her entire brand surround Donald Trump. She now has to answer for her brazen disregard for her constituency and her determination to make Donald Trump the focal point of every discussion. America-first Harriet Hageman swept the primary by nearly 40 points. Hageman won 66.3% of the vote, laughing Cheney’s 28.9% off the stage in shame.

Despite her stated party affiliation, Republicans want nothing to do with Cheney. Nearly all of her support today comes from the left. According to the Federalist, 15% of Republicans and 98% of Democrats support Liz Cheney. Furthermore, Democrat-run media praises the ground she walks on. NBC calls her loss a sobering referendum on the direction of this country. MSNBC praised Cheney for making January 6th her central issue. The network praised her, claiming she “quite literally took on the fight against Donald Trump.” Only 12% of Wyoming voters said that January 6th was their primary concern. She is not representing the people of Wyoming and she is not a Republican. CNN praises her, Today praises her, NPR praises her, and she claims to put “country before party.”

Hageman is right when she says that Cheney has made her campaign “all about her.” A congressperson is called to represent their constituency. That is anything but Liz Cheney’s track record.

Attempting a Win With Democrat Cash?

Her final desperate attempt to hold onto power reaches new levels of hilarity. On August 10th, Minnesota Congressman Dean Phillips urged Democrats to switch their party temporarily to vote for Cheney. Her votes come from Democrats, her positive media coverage comes from Democrats, and her policies favor Democrat priorities. At this point, it would be more honest for her to switch parties.

This is a win for Republicans, a win for Wyoming, and a win for our country. It’s time to hold our politicians accountable. It’s also maybe time for a little RINO hunting.

7 thoughts on “Liz Cheney Loses Home State, Sets Her Eyes on the Presidency”