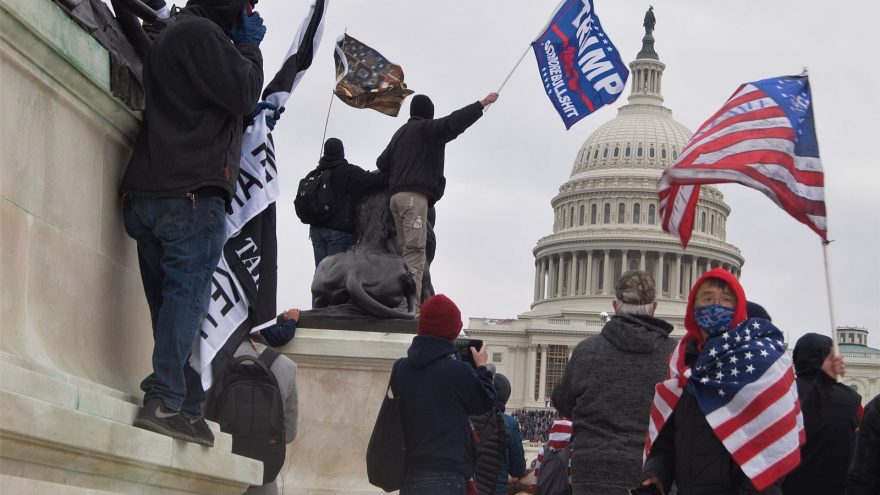 On January 5th, 2021, Ray shouted at crowds in Washington, DC, and accosted them to enter the Capitol. He was so insistent that these individuals go “into the Capitol,” that the crowd grew suspicious. Demonstrators determined that he was a government plant and started chanting “Fed! Fed! Fed!” Ray even showed up in a video, whispering into the ear of a man named Ryan Samsel. Samsel immediately breached the police barricade mere moments after his exchange with Epps. Samsel swears that Epps only said “The cops are just doing their job,” but it looks very suspicious.

I want to hear from Ray Epps… Who told him to do this? pic.twitter.com/2JQeiMDKfl

Epps breached the police barriers at the US Capitol and aggressively encouraged people to enter its halls. Viking hat guy faces a 41 month prison sentence. Nearly every other individual who was present has faced the label “insurrectist,” “terrorist,” criminal charges, and media crucifixion. Still, Epps faced no charges whatsoever. In fact, the same people who say that the capitol riots were a deadly insurrection (The New York Times among them) are confidently defending Ray Epps. Why?

"How many FBI agents or confidential informants actively participated in the events of January 6th?"

"Who is Ray Epps?" pic.twitter.com/Haufq3kym2

In the above exchange, the FBI’s Jill Sanborn heavily implied that the bureau planted agents at the riot. It would make good sense that Epps was one of them for many reasons. One conspicuous detail that indicates this is his presence and disappearance from an FBI list. The New York Times piece even mentions that Epps was on an FBI list of persons of interest in relation to January 6th. One day he was on the list, and the next, he just disappeared.

The article feebley attempts to explain this. Ray claims he called the FBI and told them he didn’t actually enter the Capitol so they just removed him. Does that sound like the FBI to you? After they identify a person of interest and that person contacts them, would they just give up? I don’t think so.

If Donald Trump incided people to insurrection, Ray Epps did so openly and unapologetically. There is video evidence of him directly calling people to breach the capitol repeatedly. In fact, he repeated that call so much that others thought it was a serious red flag. It’s quite a fumble on the part of the New York Times to write these articles. For many, they’re removed all doubt that Epps was indeed an FBI plant tasked with inciting the events of January 6th.

4 thoughts on “Was January 6th Driven by the FBI? The New York Times Accidentally Vindicates the Theory”