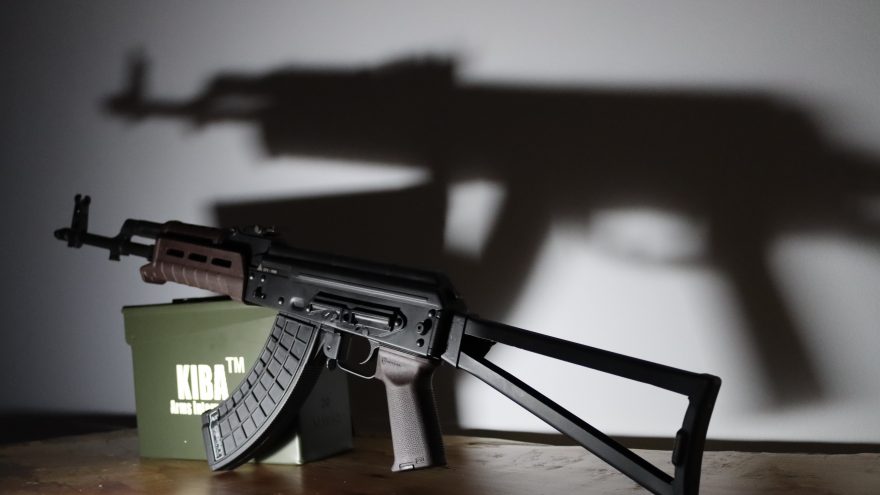 
A Florida homeowner faced the unthinkable in the dead of night on July 7th and did exactly what he should. He stood his ground and gave them hell.

The homeowner wishes to remain anonymous but shared his story in detail with Fox News. At around midnight, three attackers entered his home and one was armed with a gun. The Florida homeowner was addled, pulled his gun from his waistband, and dropped it in the hubbub. One of the intruders grabbed it as the homeowner ran to get his hands on the firepower he actually needed. He equipped himself with what police describe as an “AK-47 style rifle” and opened fire on his attackers.

The hoodlums fled in a panic. Police have conclusively identified two and likely the third as well. The authorities arrested both Antonio DeWayne Dean Jr., age 18, and Da’Torrance Leanders Hackworth, age 20. Another man, who the police have not yet named, showed up soon after the incident with a head wound and a story that just doesn’t add up. Escambia County Sheriff Chip Simmons said the following of the third suspect:

“The stories he’s giving us as to how he got shot in the head are inconsistent at best. In short, we don’t believe him. So what we’re looking at is to determine whether this is the third person that was involved”

Simmons also told the press that the brave homeowner will “absolutely not” face any charges for defending his home.

This is a classic example of a standard home defense and a scenario that is increasingly more common after 2020. As cities crack down on crime far less, everyday Americans need self-defense tools more and more desperately. It’s fortunate for this homeowner that he lives in Florida and not in New York City or Los Angeles. There’s just no telling how different this story would have looked. It’s no coincidence that authorities in most crime-ridden cities are the least friendly to citizens’ efforts to defend themselves, their loved ones, and their homes.

The only gun control we need is education and proper care. A free society is an armed society and this story is just one of many reasons why.