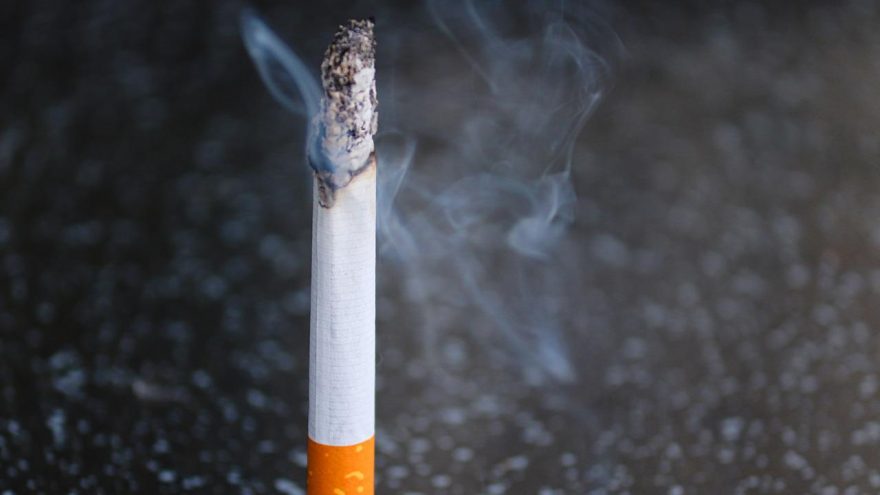 How it Hurts African Americans

Biden claims that he wants to protect public health. The stated aim of this policy is to reduce illness and death resulting from smoking. Food Drug Administration data predicts that 923,000 smokers will quit in the first 13 to 17 months. It also predicts that 230,000 of them will be African Americans. Their studies also predict that prohibition would save around 237,000 lives. Those sound like substantial numbers, right? Well, there’s more to the story.

According to the Centers for Disease Control and Prevention in 2019, 81% of Non-Hispanic African American adults who smoke use menthol cigarettes. That number is only 30% among Whites and 48% among Hispanics. Furthermore, according to The Truth Initiative, 72% of menthol smokers come from low-income households. CDC data found that 81% of menthol smokers have an annual household income of $74,999 or less and 44% make under $30,000 a year.

And you don’t need experts or data to show that it’s harder to break addictions when you’re poor. 12.7% of Americans live in poverty. In the African American community, that number jumps to 21.5%. After this ban, menthol smokers, who are more likely to make quit attempts and less likely to quit overall, will not all suddenly stop smoking. They will likely plunge further into poverty by resorting to crime, suffering mentally from losing an outlet for stress, and/or finding less healthy or more expensive alternatives.

This Biden policy disproportionately targets Black Americans who are already suffering more than most in this country.

This Will Cause Economic Damage

We already established how this policy will devastate African American families. But the impact doesn’t stop there. Altria, the second largest tobacco company worldwide, says the policy will destroy 951,000 jobs and 45,000 businesses nationwide. Economically, this ban will have ripple effects that are near impossible to predict.

United States tobacco is a $75 billion industry. Of that revenue, around 40% of the price of cigarettes goes to the state in the form of excise taxes. In all, experts expect $6.6 billion dollars less each year to end up in the pocket of US governments. When tax revenue decreases, you can count on the state to increase taxes elsewhere.

Everyday goods are far more expensive and experts expect gas prices to hit $6/gallon nationally by August. Consumer price index set a grim record this year. It hit its highest 12 month increase since 1981 at a whopping 8.6%. In everyday life, prices look much higher than that. Many people are paying double what they used to for groceries and everyday needs. When $6.6 billion less comes in, they’re going to make up for it elsewhere, you can be sure of that.

Not only is tax revenue going to decrease, but there is another cost to consider. Every time you create new restrictions and laws, you have to enforce them. Policing costs will certainly increase with this new ban. The New Jersey Monitor explains the negative effects of a similar statewide plan here.

It Feeds Criminals Money and Opportunity

To reiterate: menthol smokers have greater difficulty quitting. They have lower rates of quitting and a higher likelihood to rebound. A ban like this will make 81% of Black smokers into a harvest for predatory dealers. During alcohol prohibition of the 1920’s, the price of beer rose by 700%. Dealers had an incredible source of revenue with the wildly dramatic markup. Furthermore, alcohol content by volume rose substantially and health standards dropped remarkably.

The same will be true with menthol cigarettes. We won’t see production stop, we’ll only drive it underground. But don’t listen to me, listen to Richard Marianos, a 27-year veteran of the Bureau of Alcohol, Tobacco, Firearms, and Explosives. He explained that these regulations will only shift the demand for cigarettes toward unregulated tobacco grown internationally. Then drug dealers deliver and distribute them to a shady street corner near you.

More from the Washington Free Beacon

“The problem again with this administration is they do not take into consideration a totality of subject matter experts,” Marianos told the Washington Free Beacon. “I’ve never seen this much foolishness in my life.”

Marianos, who worked on gang violence at the ATF, said the black market for cigarettes is dominated by street gangs and would grow at least a hundredfold after the FDA implements its nicotine decision. He claims one of his former informants discovered some dealers make $5,000 selling cigarettes in a single afternoon. The FDA’s “uneducated and silly” cigarette plan, he said, would require law enforcement to focus on tobacco sales rather than drugs and violent crime.

So who does the ban hurt? Everyone except drug dealers. It hurts everyday Americans trying to fill up their gas tanks. It hurts business owners and workers making an honest living. More than anyone else, it hurts the very people it claims to protect. Black Americans are not going to be better off with a ban like this. If you want to effect real change, it has to happen in communities and families. 70% of Black babies are born to single mothers and the single greatest predictor of avoiding prison and poverty is a home with a mother and a father. So let’s instead start working on real solutions. After all, Blacks are already jailed at a rate 5 times that of Whites. But that number’s just not enough for Joe Biden is it?

One thought on “Drug Dealers: The Real Winners of Biden’s Menthol Ban”