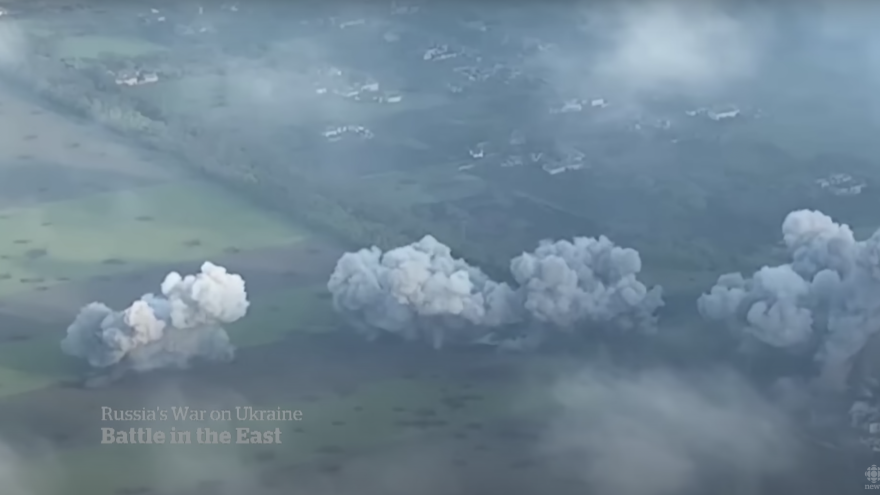 
The Russian military took control of a key Ukrainian stronghold. At least that’s the headline from the Wall Street Journal to justify even more foreign aid.

Russia is significantly ramping up the intensity of its attack on Donbas. CBC reports that Russia is using “vacuum bombs” to cripple Ukrainian infrastructure. The Donbas region is (or was) Ukraine’s industrial powerhouse. If Russia were to take control, they would be gaining a significant foothold in their campaign.

In the Donbas region, Severodonetsk serves as one of Kyiv’s most important strategic positions. Vladimir Putin’s forces took substantial ground in skirmishes on Tuesday. While they do not have complete control, western nations are already responding with a vengeance.

The United States is arming Ukraine with rockets that could effectively double their current strike range. Biden plans to send a Multiple Guided Rocket Launch System. This would be the first 155-mm artillery system we will have sent them and it will cost taxpayers around $800 million in total.

From the Wall Street Journal, here is a list of everything contained in the package:

This $800 million is far from the first stimulus package we’ve given Zelensky.

A Cause for Pause

It’s clear that US and western aid more generally has helped the Ukrainian defense. That goes without saying. What doesn’t is this: is it wise for the US to be throwing money at Ukraine?

Our economy is in shambles. Gas prices are soaring, parents can’t find formula for their infants, and everyday goods are reaching record prices. Furthermore, the money we’re sending to Ukraine, isn’t the only price we’re paying for this war.

An EU ban on Russian imports caused crude oil to spike over $110 a barrel. Triple A data has the national average of gas prices at $4.59 per gallon already. This is more than a quarter more than the previous all-time record set on March 11 at $4.33. This is $1.55 higher than where those prices were last year.

California gas prices are already over $6 on average per gallon. Grim research foretells the same grizzly fate for the rest of the country too. Analysts from JP Morgan warn that the entire country’s average will pass $6 by August.

Gas is rapidly approaching $6 a gallon across this country largely because of embargoes on Russia. Is it worth strangling our entire economy for a conflict that doesn’t even directly involve us?

Wait… It Gets Worse

If the Biden Administration would simply drop gas taxes and allow drilling on public lands, we might see those prices drop in a hurry. Instead, they have opted to compound the problem. On May 19th, the Senate approved a whopping $40 billion dollars to go to Ukraine’s war effort in a conflict that isn’t even our own.

For reference, that’s more than the entire US budget for General Science, Space, and Technology. Yes, in one of many packages to Ukraine, we spent more than we do on our own research here at home. This is your tax money.

So I’ll leave you with a simple question: Should we keep spending money on someone else’s war? Or should we solve our own problems first? Call your congressmen, make sure they know exactly what and who we’re fighting for.

5 thoughts on “Russia Moves in on Severodonetsk, But There’s More to the Story”