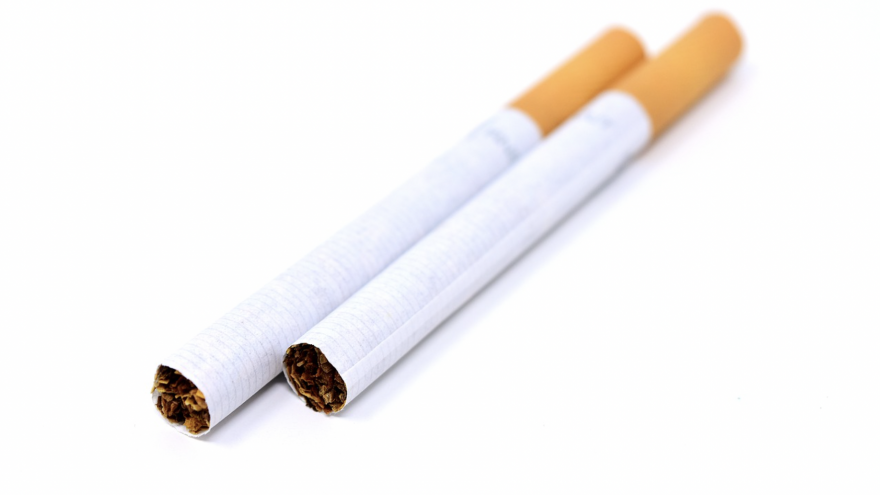 
The Food and Drug Administration seeks to ban menthol cigarettes. President Biden has thrown his weight behind the ban.

The ban began as a California-based petition to ban a variety of cigarette flavors and types. Then, the Biden Administration took up the cause. The Washington Post reports that many civil rights groups and Black health organizations support the ban.

Some civil rights, Black health organizations, and consumer groups have pushed hard for the ban, viewing it as a major racial justice issue. They allege the tobacco industry has unfairly targeted the Black community through discounts on menthol products and advertising in stores in Black neighborhoods.

They make oppression sound fairly nice. It seems that making products available and offering discounts is 21st-century oppression. Regardless, addiction is a serious issue. Once someone is hooked they need may find it near impossible to quit. So who would this menthol ban affect and how would it affect them?

According to the Centers for Disease Control and Prevention in 2019, 81% of Non-Hispanic African American adults who smoke use menthol cigarettes. That number is only 30% among Whites and 48% among Hispanics.

Yale School of Medicine and the University of Connecticut School of Pharmacy also found that menthol cigarettes are far more addicting. Because they “reduce the protective respiratory responses to irritants in cigarette smoke,” menthol smokers are more likely to become addicted and much more quickly. Worse still, they are far less likely to quit. Peer-reviewed studies found that menthol smokers are more likely to make quit attempts and less likely to quit overall.

The National Institute of Health is currently conducting a 10-year study on the effects of addiction. While we have much to learn about the biological and physiological components, we know quite a bit about how it affects pleasure, friendships, and work. Addiction hardwires the brain to hone in on stimuli at the cost of everything else. Addicted people ignore careers, social circles, and even family when they crave a fix. You can be certain that they will ignore the law.

Biden’s law disproportionately impacts Black and poor Americans and makes them more likely to end up behind bars. In 12 states, more than half the prison population is Black. Black Americans are already jailed at a rate 5 times that of Whites. But that’s just not enough for Joe Biden is it?

Ultimately, this just becomes another reason the police will harass African Americans more than everyone else. This will be another justification for riots and cries of “systemic racism.” Moreover, on that note:

policies and practices that exist throughout a whole society or organization, and that result in and support a continued unfair advantage to some people and unfair or harmful treatment of others based on race

So, what would constitute an unfair advantage? Maybe being less likely to end up behind bars for something you can’t control?

Everyone who started smoking menthol cigarettes did so legally. Once hooked, sopping is a Sisyphean undertaking. Worse still, addictions are much harder to break when life is hard like it is for most Americans today. Everyday goods are far more expensive and gas approaches $6/gallon nationally. There’s never a good time for the government to force everyone to quit smoking, but now is one of the worst times they could have chosen.

In a twisted way, this law will benefit the left politically. More African Americans will suffer and become more dependent on government aid. With more fathers in prison, an already horrifying single-parent household rate will climb even higher. The single greatest predictor of avoiding prison and poverty is a home with a mother and a father. Lower quality of life for Black Americans means one thing for sure: more fuel on the left’s favorite fire: the Black Lives Matter movement.

With how poorly Democrats are doing in the polls, they could use the boost…

One of the most controversial but important points to be made is this: Cigarettes don’t smoke people, people smoke cigarettes. It’s an uncomfortable truth that prohibition laws for highly cultural substances simply don’t work. Prohibition in the 1920s increased crime, tax burden, and government corruption. There is no reason to believe that this would be any different. If people willingly engage in self-destructive behaviors, they should stop, but it’s not the government’s place to force them. This kind of change can only take root through cultural institutions.

The church, the schoolhouse, the public square, and ultimately the family are responsible for forming what Alexis de Tocqueville (renowned political philosopher and author of wildly prophetic Democracy in America) called “social mores.” When a government body tries to instill these heart habits in a population, we end up with situations like Prohibition in the 1920s. The result is almost inevitably more corruption at every level of society.

The bottom line is this: a ban on menthol cigarettes will have almost exclusively negative outcomes. People who are already addicted will find it no easier to quit. More African Americans will clash with the police. More will occupy cells in our prisons. The only people who would ultimately benefit are radicals like the Black Lives Matter organization and their allies.

If they earnestly wanted to solve this problem, they would invest in programs for rehabilitation or even start new ones. Instead, they’ve opted to let Americans suffer, compound the problem, and abuse the African American population once again for political gain.