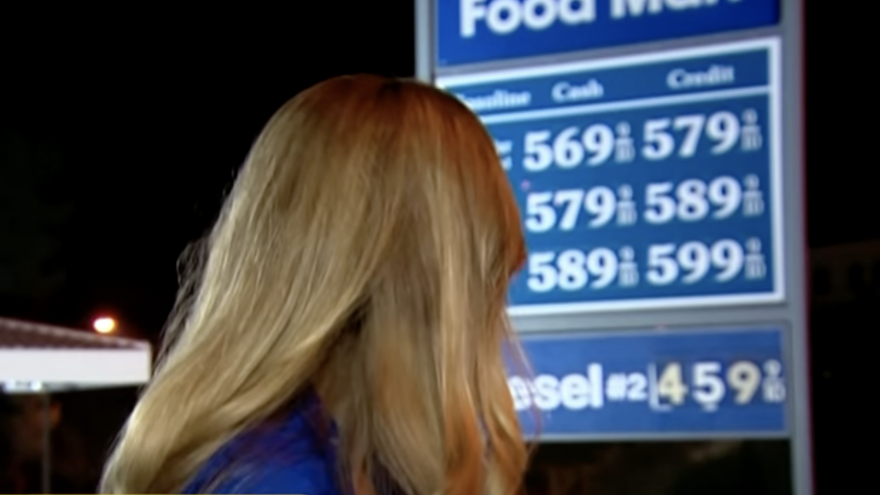 
The United States economy is bleeding and Americans are hemorrhaging money. We increasingly struggle to afford daily necessities. Joe Biden believes this is a great time to funnel more of your money into foreign wars.

Gas to Hit a $6 National Average?

A new EU ban on Russian imports caused crude oil to spike over $110 a barrel. Triple A data has the national average of gas prices at $4.59 per gallon already. This is more than a quarter more than the previous all-time record set on March 11 at $4.33. This is $1.55 higher than where those prices were last year.

California gas prices are already over $6 on average per gallon. Grim research foretells the same grizzly fate for the rest of the country too. Analysts from JP Morgan warn that the entire country’s average will pass $6 by August.

Let’s Throw Our Money At Other Countries!

If the Biden Administration would simply drop gas taxes and allow drilling on public lands, we might see those prices drop in a hurry. Instead, they have opted to compound the problem. The Senate just approved another $40 billion dollars to go to Ukraine war effort in a conflict that isn’t even our own.

Representative Chip Roy made a great point about this lovely blank check.

"I'm wondering when we voted to go to war?”

“If we're gonna have a proxy war, and we're gonna give $40 billion to Ukraine, because we want to look all fancy with our blue and yellow ribbons and feel good about ourselves, maybe we should actually have a debate in this chamber.” pic.twitter.com/ShJ8Ltcf5m

United States inflation is a 8.1%. Americans can’t find baby formula that some infants need to survive. US citizens struggle to afford their commutes to and from work, but Joe Biden refuses to allow for a free market of at home drilling and insists on funding foreign wars.

Many theorists speculate that gas prices may have trouble reaching that $6 a gallon mark because Americans will likely drive much less. Still, East Coast inventories have reached a decade low.

Democrats, however are dead set on trying to make matters worse by proposing bills that would set price controls on gas. These price caps would limit how much companies can charge for their gas but also their margins. Smaller companies often can’t afford price controls. Price controls also dissuade any new investment and startups. What we need right now is a more accessible market, not tighter restrictions.

The House has voted to pass a bill that gives the Federal Trade Commission the authority to investigate energy companies for alleged price gouging as prices at gas pumps nationwide hit record highs. https://t.co/YJWRcEnqE6

This seems to be a favorite talking point and cop out for the left these days. Once their administration destroyed the economy, they can just blame companies for price gouging.

Ultimately, these problems are not hard to solve and their cause is pretty simple too. Horrific economic policy leads to horrendous results.

A message to the Biden Administration: let Americans drill our own oil and stop giving our money to Ukraine.

5 thoughts on “Insanity: $40 Billion for Ukraine as Gas Approaches $6 Per Gallon Nationally”