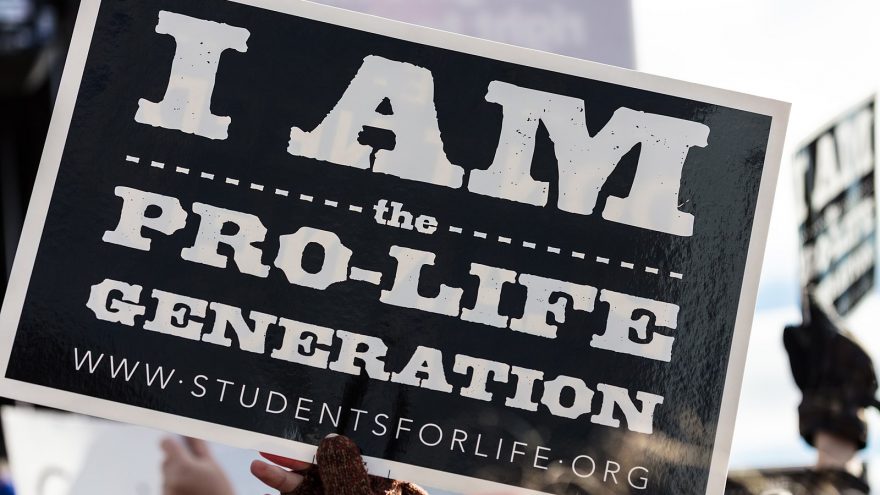 
It may have been on the news, from a friend, or shouted at you on the street. Without a doubt, you’ve heard a few of these lies recently.

The first lie is that the pro life movement is concerned with children only before they’re born and not after. Let’s take a look at the numbers.

Gallup research published on May 13th, 2022, illuminated the tie between Christianity and defending life. Only 9-10% of Americans fell into Pew’s most pro-life category. These were the Americans who claimed that abortion should be illegal in ALL circumstances with no exceptions. Among those who said they attend church once or a few times a month, 19-23% supported protecting life. Of those who attended church once a week or more, a whole 40% said abortion should be illegal in all circumstances.

What’s more, of weekly church attendees, 78% said abortion should be illegal in most or all circumstances.

So Christian and Pro-Life tend to go hand in hand. But what about pro-life and caring for neglected children through their early years of life? Well, let’s take a look.

You might have seen this quote floating around about one of the left’s favorite claims these days.

At first glance, it may seem hard to grapple with, and for a select few, it may even be true. The numbers show, however, that most of the same people who are pro-life, do more for children outside the womb than any other groups.

Of the 38% of Americans who seriously consider adoption, only 2% actually follow through. When looking at Christian communities, double that proportion and add another 50%. A whole 5% of Christians actually adopt children, which is the best thing you can do for a neglected child in terrible circumstances.

Barna Research cited by a Heritage forum indicates that more than 40% of churches provide support groups for adoptive and foster families. Most of those churches even provide food and other support as well.

Christians are heavily involved in foster care as well. Christianity Today covers LifeWay research that tells the story here. 4 in 10 protestant churchgoers say their congregation has been involved in foster care or adoption in the past year. 25% say a member provided foster care. 12% said their leaders made a point to encourage families to provide foster care. 8% said their leaders went as far as leading fundraisers for adoption and 6% said leaders provided training for foster parents.

These numbers are particularly impressive when you think of how small most churches are and how limited their resources can be.

Finally, Christians simply give more in general. According to Philanthropy Roundtable data, Christians give more, volunteer more, and even provide more beds for the homeless than any other group.

So who cares more for children both in and outside the womb? Well, it’s Christians, who happen to make up the vast majority of the pro-life movement.

Here’s another fun one you may have heard. A new and common argument from the left is that pro-life is forcing birth on women.

In 99% of pregnancy cases, two consenting adults engaged in sexual intercourse that resulted in the conception of a precious life.

Even if someone didn’t “consent to pregnancy,” they certainly consented to the risks of sexual intercourse. These include the central purpose of the act to begin with: the creation of a newborn child. When you break someone’s window playing baseball in your backyard, you can’t evade responsibility by saying you consented to the game but didn’t consent to the ball going through their window.

You might say, but what about cases of rape? And that would be a very good question.

According to Planned Parenthood’s own research arm, the Guttmacher Institute, only 1% of abortions performed by the world’s leading provider are from cases of rape. While these cases still may propose a dilemma, they would lead to a very different set of policies if they were the key issue.

Let’s say rape was the primary reason driving the pro-choice movement. They would then be arguing that abortion should only be legal in that 1% of cases.

One of the recommendations: Don't use "choice." pic.twitter.com/nqVA8W1nWT

The Pro-Choice movement isn’t concerned about consent. What they want is license to act irresponsibly without consequence and that is simply unacceptable.

From Pittsburgh to Los Angeles, and Nashville, Tennessee, to Lubbock, Texas, tens of thousands participated in events, where chants of “Bans off our bodies” and “My body, my choice” rang out.https://t.co/FBvXUIkJ4e

According to an in-depth study by Steve Jacobs Ph.D. of the University of Chicago’s department of Comparative Human Development, 96% of biologists believe life begins at fertilization. For clarification, this is a separate life from the mother.

This study surveyed over 5.5 thousand biologists and only 4% said that life didn’t begin at fertilization or conception.

If you need more convincing, Even Planned Parenthood themselves admit that a baby’s heart starts beating 5-6 weeks into pregnancy. Data from the American Pregnancy Association show that most women don’t discover they’re pregnant until weeks 4-7. So, for most, by the time you even know a child is there, he or she already has a heartbeat.

For most people who call themselves “pro-choice,” the calculus changes when asked if they support killing children that have an independent heartbeat.

When Democrats in the Senate tried to pass a bill last week, they weren’t concerned with any of these ethical issues. The supposed “Women’s Health Protection Act” would have allowed abortionists to kill a perfectly healthy child all the way up to the moment the fully developed baby would be born. Thankfully, it didn’t pass, but it came far too close. This is the direction the pro-choice movement is pushing.

The next time you face any of these lies, be ready to confront them boldly with the truth. That’s the only way we will be able to stop the massacre of children that currently plagues our nation.