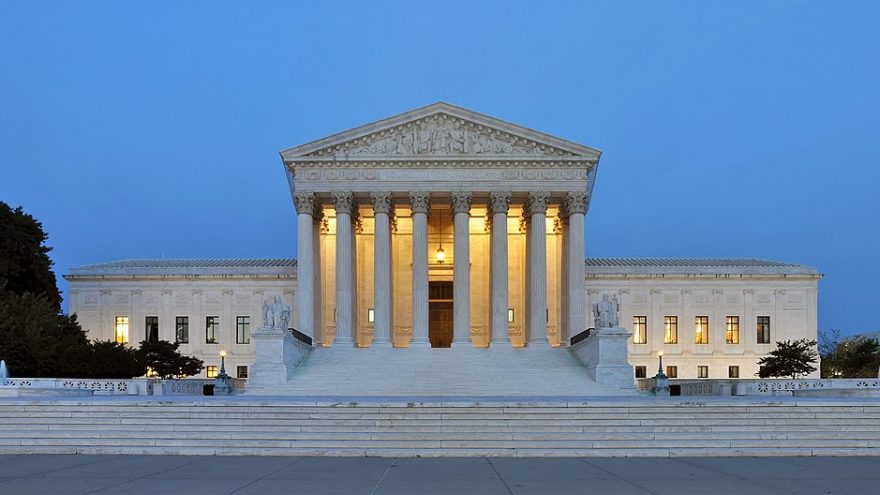 
Today is Monday the 25th of April and the Supreme Court will hear a case for silent prayer. High school football coach Joe Kennedy lost his job because he led players in prayer after football games. Even lower courts ruled against his freedom to show reverence in silence.

How The Case Began

After games, Coach Kennedy made a point to gather his team and pray with them. He made it clear that they could choose not to join him in prayer but most did regardless. The case started with an innocent observation. An opposing team’s coach noted to the Bremerton School District that he thought it was “pretty cool” they allowed Kennedy to pray with his team following games.

The district wrote a letter to express concerns with the Establishment Clause of the First Amendment to the Constitution. In the letter they admit that Kennedy did not “actively encourage” or “require” participation in pre or post game prayer. Their concern? Kennedy’s prayer posed “significant risk of liability” for the school. Fiery court battles erupted in full force.

The Ninth District Court of Appeals ruled against Kennedy. They accused him of a “pugilistic” public appeal campaign and argued that if the school district failed to punish him, their failure would be an active endorsement. This argument is “wrong at every turn.”

First Liberty is an advocacy group that is fighting to defend Kennedy. Jeremy Dys, deputy general counsel for the group, called the ruling deeply disappointing and absurd. Dys had this to say: “By refusing to allow any public displays, the Ninth Circuit Court of Appeals is effectively saying it is unconstitutional for a coach to make the sign of the cross or bow his head in prayer when a player is hurt. That is not the America contemplated by our Constitution.”

The major problem with the previous rulings is that the First Amendment’s Establishment Clause requires no such punishment. The flawed case Garcetti v Ceballos gave birth to this wicked free speech threat. In 2006, the Supreme Court wrote that education “is a special concern of the First Amendment, which does not tolerate laws that cast a pall of orthodoxy over the classroom.” The 2006 case directly violated previous precedent that a 1990 case set. The Supreme Court, in the case The Board of Education of Westside County Schools vs. Mergens, ruled that “the proposition that schools do not endorse everything they fail to censor is not complicated.”

The Foundation for Individual Rights in Education entered the fray. They filed an amicus brief in order that this case might end Garcetti’s sinister precedent. FIRE contends that education is the unique space for Americans to develop skills and habits of critical thinking and analysis.

Even if we win this case, Democrats will inevitably try and use it to paint us into a corner. “Republicans are hypocrites. They want to censor LGBT discussions in schools but allow teachers to lead students in public prayer.” In truth, there is no contradiction. We believe that discourse should be free and open but every civilization requires standards. Schools should be barred from indoctrinating children with unnatural sexual ideologies that lead 82% of individuals to strongly consider suicide. Christianity may be on the decline in America today, but 65% of Americans identify Christian. Christianity is undeniably the dominant religion in the United States and there is nothing wrong with voluntary participation in public prayer.

“What is perhaps most troubling about the 9th Circuit’s opinion is language that can be understood to mean that a coach’s duty to serve as a good role model requires the coach to refrain from any manifestation of religious faith — even when the coach is plainly not on duty,” These are the words of Supreme Court Justice Samuel Alito.

Every individual possesses deeply held beliefs about the nature of reality. These beliefs are what drive us to grand acts of self-sacrifice and heroism. Only a fool would think that we can raise a virtuous generation without teaching them virtue.

The truth is, we cannot stop here. Justice in American education demands that the most influential book to western civilization find a home in every classroom. Coaches should be lauded for praying with their teams. Moreover, we should make no apology even for teachers praying over their students.

We’re all familiar with the wise words John Adams once said. “Our Constitution was made only for a moral and religious people. It is wholly inadequate to the government of any other.”

Ultimately every nation is a religious nation and every people is a religious people. Unless we actively choose how to drive the current forward, we fully consent to allow the most wicked and base passions to take up that mighty mantle and drive us to utter ruin. It is never too late to stand firm in principles of virtue and cultivate the noblest aspects of generations to come.