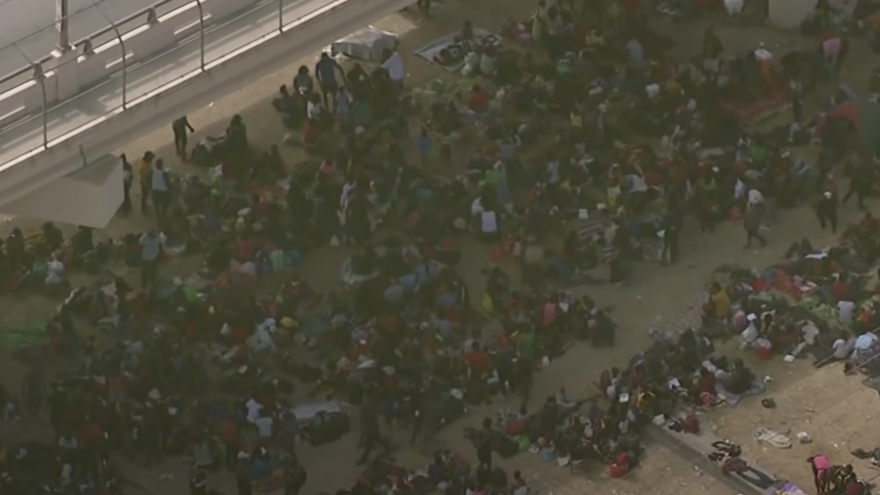 
Today, border patrol does almost nothing to vet incoming immigrants. Instead of keeping our streets safe, they actively make them more dangerous. All the while putting money in the pockets of a few special interests.

As of right now, the Biden Administration is waiting on a major Supreme Court decision in June. Donald Trump’s Remain in Mexico policy ensures that immigrants processing legal status would remain in Mexico until their processing is complete. This policy helps protect the integrity of immigration law and streamlines legalization by incentivizing immigrants to finish procedures in a timely manner.

The left loves to paint the policy as racist and inhumane. Human Rights Watch explains how the policy sends asylum seekers back to dangerous situations to wait months and years for approval. We only need to ask one question to undermine their argument: “why is it dangerous for them there?” The answer is cartels, human trafficking, and countless violent criminals who make it so. Stop protecting the border, and you welcome all of these villains into our streets making them just as dangerous.

Biden’s Administration tried to challenge the law but courts stand firm and continue to uphold it. The Supreme Court ruling will review the law in June, but in the meantime, Biden acts like the law doesn’t apply to him.

Texas Attorney General Ken Paxton filed the initial lawsuit. Paxton told Just the News that Biden’s Administration is simply “not willing to comply with the law.” He said, “The reality is we’ve had wins on Remain in Mexico on preliminary injunctions. They’re supposed to be enforcing it.”

“The cartels are basically in business with the Biden administration. The message has been sent to them: Bring as many as you can, and we’ll do the handoff. And these people coming across, they’re not running from the agents, they’re running to the agents to be transferred to the agents, and then the handoff can take place, and they can be sent all around the country.”

More from Just the News:

Meanwhile, Border Patrol agents are demoralized and defeated, feeling that they are not being allowed to enforce the law and instead are helping assist illegal aliens to move to the interior of the United States, their former boss Morgan said.

“A 26-year veteran I talked with, he is getting up every single day putting the badge on his chest and heading on the front line to protect our nation’s border,” Morgan said. “He said one day he was getting dressed, as he always does, looked in the mirror making sure his uniform was squared away as most Border Patrol agents do, and he said it kind of hit him.

“It came just like, just rushed over. And when he looked in the mirror … he said, ‘You know, I realized I’m actually part of the largest federal smuggling organization in the world.'”

We have a responsibility to keep our streets safe. Reports of human trafficking increase yearly since 2015. The US Department of Justice identified “11,500 trafficking situations in the United States in 2019. The situations involved 22,326 victims and survivors who were forced into labor, sex trafficking, or both.”

Asylum seekers run to the United States in order to escape the horrors they faced in Mexico. By removing border integrity, we only allow those monsters to follow their vulnerable targets as far north as they run.

The real compassion would be vetting them quickly and ensuring this country will actually be a safe place for them to live in peace.

One thought on “Biden Turned Border Patrol Into a ‘Smuggling Organization’”