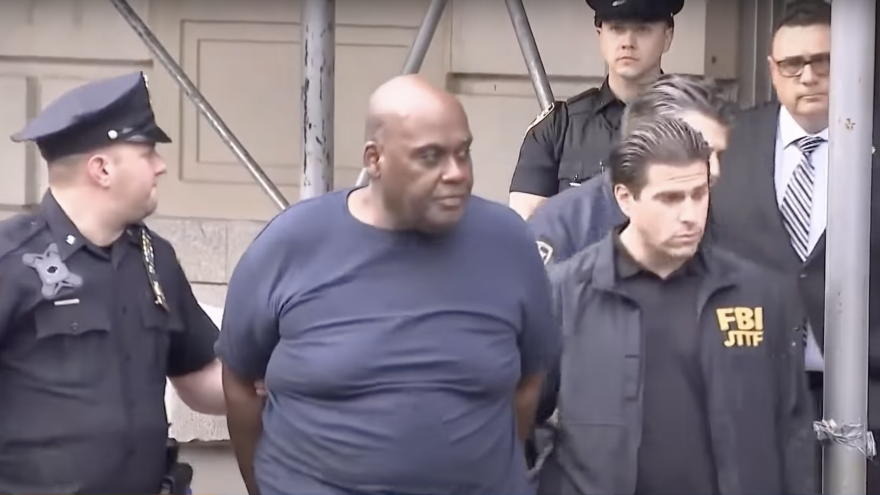 
On Tuesday, April 12, Frank James fired 33 gunshots at terrified and vulnerable victims on the New York City subway. What would drive someone to do something so depraved? Let’s take a look.

Tuesday started like any other day for New York. The packed subway trains ferried crowds like sardines to home, work, and tourist destinations. Suddenly, the daily routines were shattered with shouts and bangs. James left 10 innocent New Yorkers with gunshot wounds and sent countless others into a frenzy. The police eventually apprehended him at a McDonalds in the East Village neighborhood of NY. They proceeded to arrest and jail him without bail. Mayor Eric Adams of NY triumphantly and dramatically announced “we got him.” But the story doesn’t end there as they’d like you to believe.

Why Is The Media Saying He Did It?

So what were this killer’s motives? Here’s the story according to the mainstream media. The Associated Press published an article describing James’ social media persona, “The Prophet of Doom.” The article details some of his violent and radical views, but only some.

He was fired from his job just before his father died. James then spent time in several New York mental health facilities in the 1970’s. He claims that the broken New York mental health system did not help him heal and actually made him “more dangerous.” He was arrested 12 times for burglary and sex crimes and struggled to find stability in work or elsewhere. The man’s life has been tragic, leaving him disturbed and, in his own words, “full of hate, anger, and bitterness.”

The AP article explained how James believed that the United States is rooted in African American slavery. They explained that he believed the nation was based on and sustained by an inescapable cycle of violence. The narrative as they would have you believe it is that he was moved to violence by injustice against American Blacks.

What Are They Not Quite Telling Us?

The side of James the New York Times, CNN, the Associated Press and others refuse to touch is much more revealing. James was a Racist. A full-blown racist against Asians, Latinos, Whites, Jews and even other Blacks. In his own words, “White people and Black people should not have any contact with each other.”

The Brooklyn Subway Shooter was a Black Supremacist! Frank James was racist & the media won’t mention it but if he was white they would let it be known

RT this video since the Mainstream Media won’t show it or talk about it#FrankJames #BrooklynSubwayAttack pic.twitter.com/UpEwLEMMFd

He also railed against Supreme Court Nominee Ketanji Brown Jackson for the heinous crime of marrying a white man.

Frank James, the person of interest in the #Brooklyn subway mass shooting, has many videos on YouTube discussing his militant black nationalist views. He recently expressed disappointment that Justice Ketanji Jackson is married to a white man. https://t.co/edHUVtTvwI pic.twitter.com/hL0ysMw5VM

Many of his videos are much worse (follow this link at your own discretion). He even stated that he would love to kill white people and recorded a video of himself wandering down the streets of New York harassing civilians with all kind of racial slurs. As of now, New York is not charging him with hate crimes. The legacy media is not covering any of his racist rhetoric save for very brief mentions like this one.

Once again, James was arrested 12 times. Since the 80’s New York knew he was unstable, violent, and dangerous. He roamed free because the left wing elite will always prioritize power over protecting you and the ones you love.

When the left emphasizes racism in one direction but won’t touch it with a thousand foot pole on the other side, they not only enable this kind of horror, they spawn it. Frank James is a monster, but much his hatred is born in a lie. Convince a man that his country was founded to protect slavery and he will learn to hate it. Convince him that others harbor a deep hatred for him and he will learn to return the favor. Tell him he’s a victim his whole life and he will believe it, especially if he’s already found someone to blame.

Frank James is worthy of pity, but he’s also worthy of fear. The legacy media will try to bury this story. Worse still, recent soft-on-crime policies might enable James to go at it again. And he would, without question, inspire others to follow.