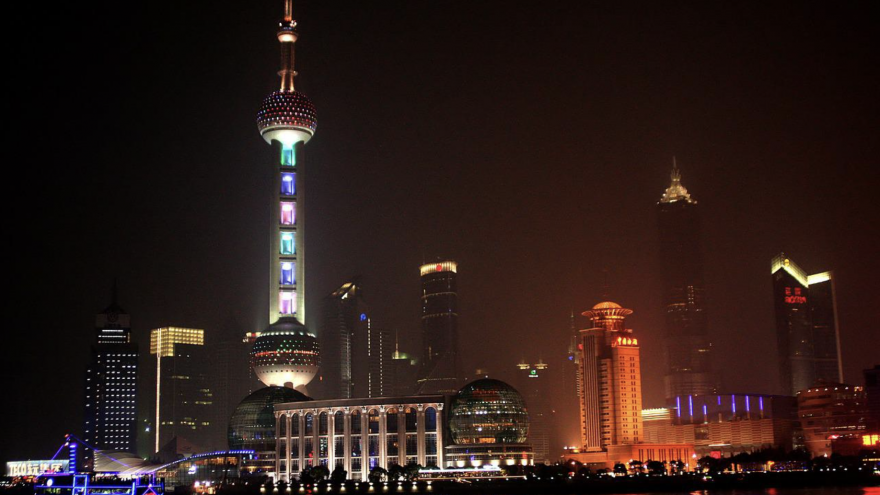 
China’s recent lockdowns have made Shanghai a hell on earth. The CCP’s new “Zero COVID” policy includes new concentration camps and has led to starvation and “food riots” as they shut down the press.

Shanghai is commanding its citizens to stay in their homes. 25 million residents are being confined indefinitely. Gut-wrenching footage shows residents screaming from their windows. Government drones literally tell Chinese citizens “do not sing,” and “curb your soul’s desire for freedom.”

As seen on Weibo: Shanghai residents go to their balconies to sing & protest lack of supplies. A drone appears: “Please comply w covid restrictions. Control your soul’s desire for freedom. Do not open the window or sing.” https://t.co/0ZTc8fznaV pic.twitter.com/pAnEGOlBIh

A video from the city shows terrifying guards in hazmat suits subduing a woman. She screams and runs as they grab her arm, drag her to the ground, and force her into submission as she reaches for freedom.

A woman trying to escape the terror lockdowns in Shanghai is forcibly detained by CCP medical troops pic.twitter.com/xQXrMVFCyt

Not only is China locking people up like animals, but they are also beginning to starve. Shanghai’s lockdowns created a massive supply crisis. Factories have closed their doors making it grueling for everyday citizens to get by. As a result, citizens have taken to the streets to fight for their survival.

Food riots reportedly in Shanghai, China’s largest city of 25 million under severe lockdown down for 2 weeks due to the CCP’s ‘zero Covid’ TYRANNY

Covid “positive” babies & children have also been forcibly separated from their parents.

China has responded the only way they know how: with an iron fist:

It’s a miracle we were even able to get this much coverage. CNN’s David Culver is based in Shanghai. Authorities placed a seal on his door to ensure compliance with the draconian restrictions. If they could help it, you might never even hear about these nightmares.

Other Chinese cities are on edge after seeing the country’s treatment of Shanghai. Hong Kong, Beijing, and other cities are clearing store shelves in a frenzy of panic buying. They expect to be next because simultaneous outbreaks are far from unheard of.

In the United States, we need to fight with all we have to ensure this doesn’t happen here. Unconstitutional lockdowns can never happen again on American soil

4 thoughts on “A Look Inside Shanghai’s Nightmarish Lockdowns”