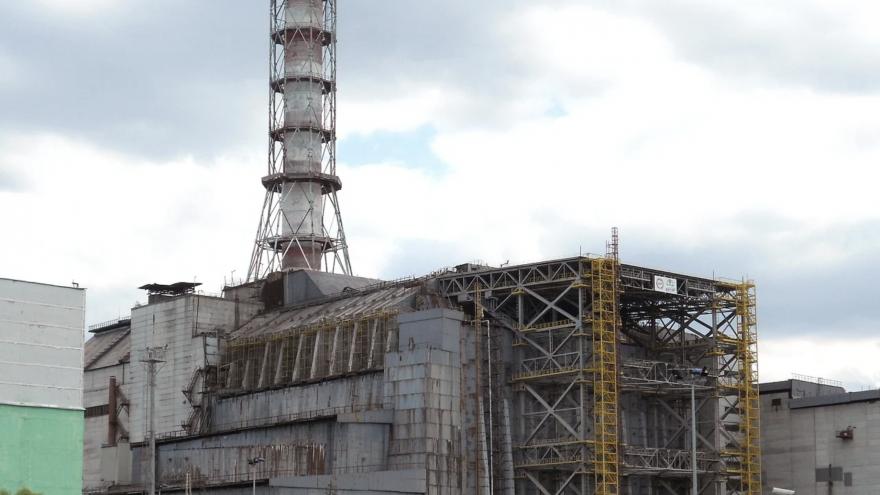 
Satellite images show that Russian troops dug trenches in the irradiated soil of the infamous Chernobyl nuclear plant. The soldiers reportedly evacuated at the first signs of radiation poisoning.

Ukrainian officials provided Voice Of America photos of the aftermath. Russian troops began digging trenches only to be heavily irradiated by alpha particles, beta particles, and gamma rays. The Red Forest outside of the old nuclear facility is still highly radioactive. When the Russian troops started digging, they kicked up radioactive dust into the air, likely irradiating more than just themselves, their machinery, and their equipment.

There is no word on the current condition of the soldiers following their retreat. They reportedly fled to Russian friendly Belarus where they sought medical treatment. It’s quite possible that they are still a health hazard to anyone they come in contact with.

The most horrifying aspect of this turn of events is that the order came from above. The Russian military has demonstrated that it has a complete disregard for the health and well-being of its own troops.

Video proof. russian command did order its soldiers to dig fortifications near the Chornobyl nuclear power plant in the radioactive Red Forest in March, 2022. Complete neglect of human life, even of one's own subordinates, is what a killer-state looks like. pic.twitter.com/VLjNTaW3T3

3 thoughts on “Russians Dig Up Chernobyl’s Irradiated Soil, Poisoning Themselves and Likely Others”