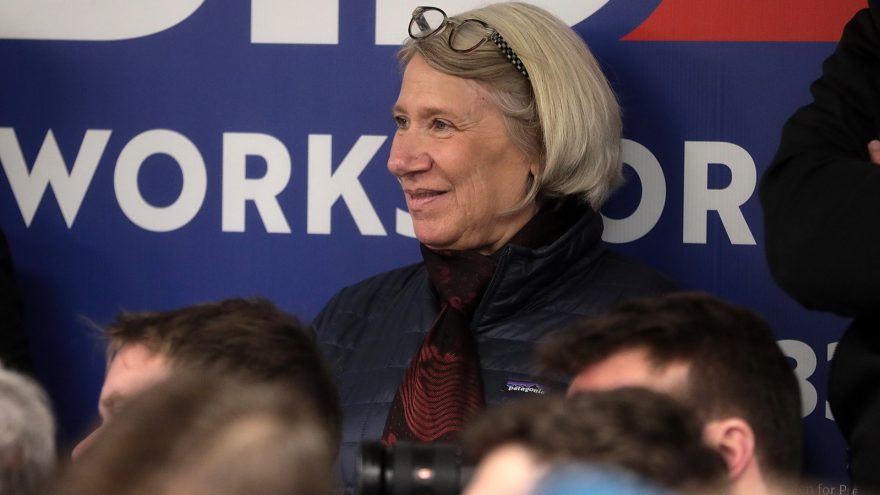 
The Atlantic describes her as the “mastermind” behind Joe Biden’s 2020 win. Anita Dunn didn’t take a job in the White House after his victory, but she certainly still has a hand in it. So who is Mrs. Dunn and why should you care?

The Democrat lobbying and campaign powerhouse SKDK has been pulling strings for over a decade and a half. The “D” stands for Dunn as in Anita Dunn. Her organization and Biden’s presidency are profoundly intertwined. The Biden Administration hired countless SKDK employees and SKDK has a habit of hiring straight from the White House. This web of financial and political influence undoubtedly includes SKDS clients such as AT&T, Pfizer, and foreign governments such as Ukraine.

Who is Anita Dunn?

Among her personal endeavors, Dunn ran damage control for sexual predator Harvey Weinstein in 2017. When Weinstein had been convicted of both rape and sexual assault on multiple occasions, Dunn decided to advise him on damage control regardless. She also cited Mao Zedong, the world’s greatest mass murderer of over 65 million people as one of her two “favorite political philosophers.”

After Biden’s victory, she carefully positioned herself in a happy medium of unchecked power. She avoided signing the presidential ethics pledge as an SGE (Special Government Employee). The pledge works to prevent influence peddling, moral hazard, and nefarious behavior. As a result, Anita has the ability to play an unreasonably influential role in the administration.

She also took a salary slightly lower than the $132,552 threshold. Consequently, she avoids public disclosures that may shed light on SKDK operations and clients. Otherwise, she would be required by law to publicly list anyone who payed her more than $5,000 in the past two years.

The Washington Post released an article detailing her immense and unchecked powers. The Post explains how Dunn is quietly working to “remake the Democratic Party in Biden’s image.”

Influence peddling in Washington, DC runs rampant. It’s no secret that lobbyists and corporate shills have more power than they should. Many actors pull strings from the shadows, however. We the people cannot allow silent players like Anita Dunn to weald so much power in the highest office of the land. We can safeguard our liberty as long as we hold our leaders’ feet to the fire, demand clarity from our federal government, and promote ethical behavior in every corner of American life.