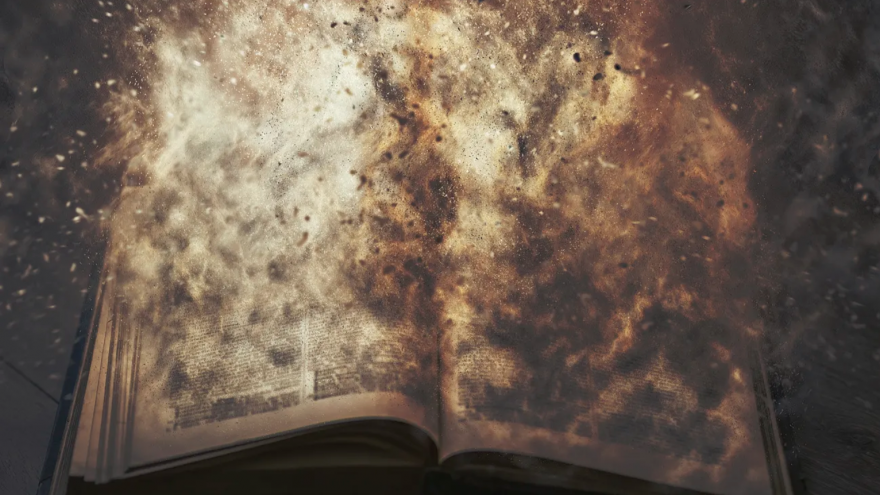 
We live in an age of confusion. Words are losing meaning, hatred is more common than solidarity, and a Supreme Court nominee can’t define the word “woman.” What does this mean for us as a country? And what does it have to do with George Orwell and the future of western civilization? Let’s take a look.

SEN. BLACKBURN: "Can you provide a definition of the word 'woman'?"

JACKSON: "I'm not a biologist" pic.twitter.com/i7Rg83z5Y4

Mrs. Jackson said that she can’t define the word “woman” (an adult human being with two x chromosomes) because she’s not a biologist. It may be absurd, but this isn’t the first time a public figure has refused to define the word this year.

When political pundit Matt Walsh appeared on Dr. Phil, he pointed out a very important fact. Modern gender ideology forbids individuals from defining sex and gender conclusively. In fact, they try as hard as they can to avoid defining any terms precisely. Ultimately, the left’s primary weapon in today’s culture war is language.

To borrow from George Orwell, “there is no swifter route to the corruption of thought than through the corruption of language.” If you control language, you not only control how people communicate, but how they perceive everything. Orwell said that political language is designed to “make lies sound truthful, and murder respectable, and to give an appearance of solidity to pure wind.”

Our culture today is smattered with stains of precisely the sort of which Orwell forewarns. The word “racism” has gone from the concrete definition of racial discrimination, to a more malleable form of targeted structural inequality. One prominent example is Vicky Osterweil. Her book, In Defense of Looting is Orwell’s maxim come to life. She argues that “looting” is an intrinsically radicalized word and attempts to justify the violation of private property. Do you remember in 2017, when the Guardian was far from alone in justifying violence against Republicans simply by labeling them “NAZI”?

A punch may be uncivil, but racism is worse. Indeed, we tolerate punches in some circumstances, such as defence or when the fists are in gloves in front of an audience. But there is no dressing up racism.

When this reasoning meets that of the book “White Fragility” there is cause for concern.

Every Pillar Must Fall

Historians of the future will undoubtedly be scratching their heads at us. One of the most dominant ideologies in America today is the theory of “institutional racism.” This is the idea that prejudice and discrimination are embedded in the pillars of society. Ending discrimination in law, behavior, and human hearts is not enough. This view requires “antiracist” action, or a turning of the tide of discrimination. Ibram X Khendi, the leading mind of modern Critical Race Theory says:

Ending this discrimination demands revolution in government, culture, and even language. Antiracist trainings like this one, contend that the English language is intrinsically racist. Simply defining terms can be oppressive. Apply this same reasoning to gender and suddenly Mrs. Jackson’s answer makes perfect sense.

When J.R.R Tolkien translated the epic poem Beowulf, he shed new light on the Norse culture of the day. Tolkien explained how the monster Grendel and the Dragon lifted the veil on many Saxon fears. The terror the dragon strikes in Beowulf is a distinctly heathen fear in an increasingly Christian age. He supposed that fear of the dragon was similar, in some degree, to their fear of the unfolding downfall of their once great civilization.

Neville Chamberlain’s famous “Peace in Our Time” speech sheds light on how everyday Europeans feared another great war. Videos like “duck and cover” show how Americans of the 50’s feared nuclear annihilation.

It makes you wonder. What are our Dragons? What would modern documents reveal about the fears of our day? What would a Tolkien of the future say about our present? We might not like the answer.

The heirs of the west have infected their people with a wicked fear, a fear unlike all others, a fear… of truth.