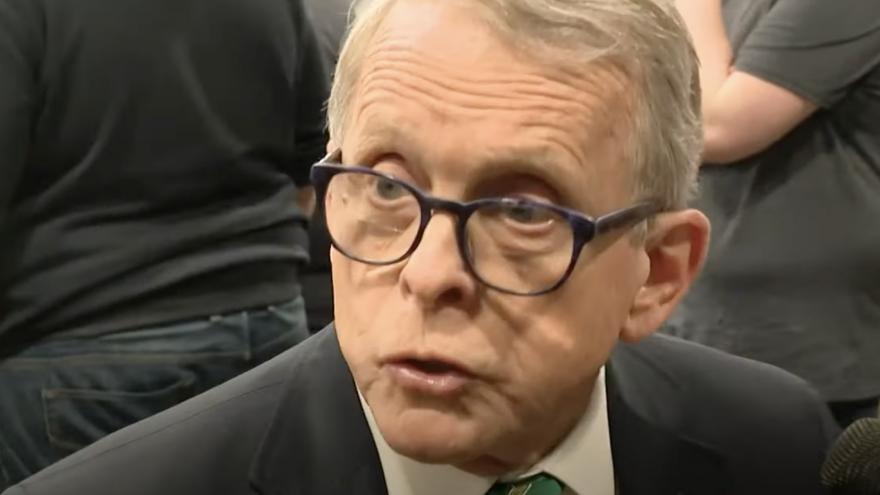 
Ohio Governor Mike DeWine recently opened up about the recent Constitutional Carry Legislation that he signed.

During an event last week the Governor said “about half the states now have this provision and this is consistent, I think, with the United States Constitution,” and the continued saying “what we’re seeing in our cities, but not just cities, in communities across the state, is that the violence that is occurring is predominantly from people who have committed violence in the past.”

These comments were in reference to the criticism levied against the 2A legislation that he signed the other day. The Ohio State Police Union came out alongside gun control activists to oppose the bill. These groups have been attacking this legislation on the basis of rising crime rates, specifically crimes involving firearms.

Governor DeWine is now calling on the Ohio Senate to pass meaningful legislation to tackle crime.

As reported in Fox 8:

“It’s pretty simple,” he said. “We need to go after these people. That bill is pending in the state legislature and needs to be passed.”

The bill DeWine is alluding to would allow judges to sentence repeat gun offenders to at least 10 years in prison. While gun advocates said DeWine’s decision only protects their Constitutional rights, opponent fear a further uptick in violence across the state.

On the heels of the third anniversary of the Dayton mass shooting, DeWine sent a message to loved ones who have fallen victim to the violence.

“Going after violent repeat offenders, making sure police have the adequate training, and continue to get good training,” DeWine said. “So there are things that are in front of the state legislature. I’m going to continue to work for them and fight to get them passed.”

Governor DeWine has a complicated record when it comes to 2A, in the past he has been soft on the Second Amendment and stood side by side with gun control activists who sought to use a mass shooting as political leverage. Recently though the Governor has signed two key pieces of legislation, Stand Your Ground Law legislation and Constitutional Carry.

If Governor DeWine wants to keep the support from the 2A crowd he needs to keep moving forward and refuse to back down. The gun control crowd is not known for their loyalty and will stab him in the back even if he does a full 180.