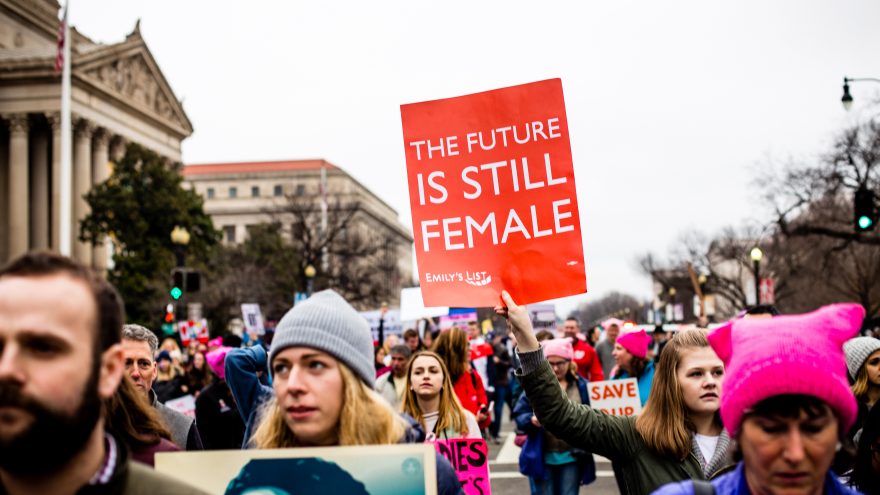 The United States White House released an official proclamation of what they call “equal pay day.” Joseph R. Biden’s statement rests on the claim that women earn less than men because of workplace discrimination across the western world.

As is often the case, reality does not quite agree with Joe Biden’s worldview. The widely debunked claim that women make 82 cents for every dollar a man makes has a few key issues. For one, it ignores differences in hours worked, position, and the use of time off. Secondly, and arguably more importantly, it ignores differences in vitally important choices. Let’s break it down.

A Prager U video from 2017 illustrates the gender differences in career choice with Georgetown study of college major choices by gender. Men tend to choose higher paying majors across the board with few exceptions. The study found that the highest paying majors were predominantly occupied by men. Here are the top 5: Petroleum Engineering at 87% male, Pharmaceutical Science at 48% male, Math and Computer Sciences at 67% male, Aerospace Science at 88% male, and Chemical Engineering at 72% male. Of the top 5 lowest paying majors, every one was predominantly female except for one: Theology/Religious Studies.

AAUW, a women’s advocacy group, complains of women’s 28% representation in STEM fields. They argue that there aren’t enough opportunities for women in these fields. In reality, there are many organizations that work tirelessly to create opportunities for women in these fields, here are 7 of the best. Women supporting women is a great thing, there’s no doubt about it. But it’s choice, not lack of opportunity that leads to this low representation. Women on average just aren’t as interested in STEM as men.

So maybe those choices are the result of internalized misogyny as fourth wave feminists claim.  A study of 76 countries that represent around 90% of the global population found the opposite to be true. Gender differences shown to influence economic decision making were greater in more egalitarian societies than in less. Men are more willing to take risks and delay gratification. Women are more forgiving and agreeable even when it would cost them financially.

Overall, women were more altruistic and trusting than men, and also less patient and less likely to take risks. They scored higher in positive reciprocity (that is, an inclination to repay a favor) than men and lower in negative reciprocity (a desire to seek revenge for a slight).

Further analysis of the data showed that these gender differences were significantly more pronounced in both richer countries and countries with more gender equality.

“What we want to highlight here is that both factors matter,” Hermle said. “Both economic development and gender equality have an independent impact.”

The authors found that gender differences among the six traits were largest in Canada, the United States, the United Kingdom, Sweden and Australia. They were lowest in Ghana, Iraq, Tanzania, Pakistan and Iran.

This data flies in the face of modern gender theory. The Guardian released a video in 2019 to try and tackle “myths” attacking the supposed gender pay gap. One of their arguments was that women regularly engaged in manual labor before the industrial revolution. While this is largely true, Gallup studies show that it was very likely due to necessity rather than desire.

Women With Children Often Choose To Stay At Home

When women have children they often choose to withdraw from the work force. Global labor participation data shows that even in highly egalitarian societies, women often choose to be stay at home wives and mothers. For men and women, global labor participation rates are 80% and 65% respectively. For example, in Germany and the United Kingdom, around 25% of women leave the labor force following the birth of a child. In Organization of Economic Co-operation and Development countries, 26% of women work part time but only 7% of men do the same.

Modern feminism opts to shame women for making responsible and loving choices that prioritize caring for their families. The fact remains that no matter how hard governments, movements, or corporations push, these differences are innate. While everyone should have the opportunity to pursue a successful career, no one should be shamed for putting first things first. There is no more important job than raising the next generation to be kind, bold, and well equipped to weather the storms of life.

A mother teaches a solder to forgive, a trader to trust, and a leader to put his people first. Every steelworker can be replaced, every architect, programmer, CEO, or world leader’s shoes can be filled, but there is not a soul on this earth who can truly take over a mother’s role in her child’s life.