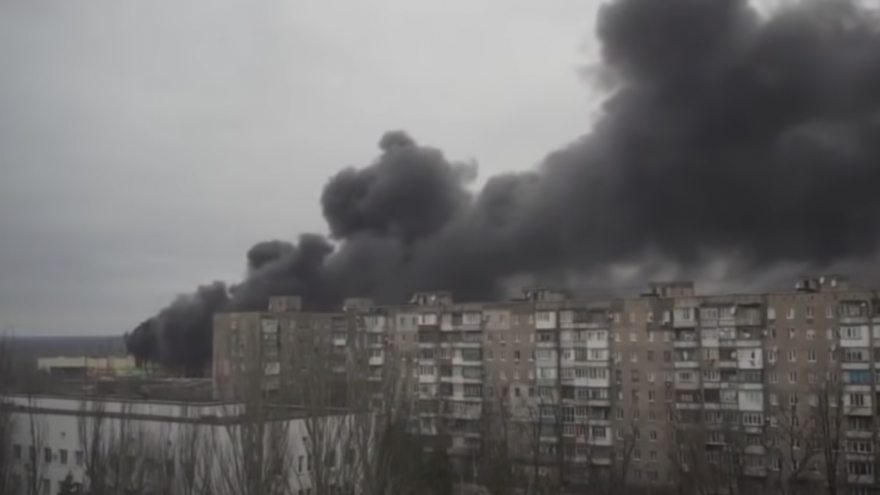 
Ukrainian Foreign Minister Dmytro Kuleba reports that Russia has violated civilian evacuation agreement in the city of Mariupol. He claims that Russia is holding 400,000 people hostage in the city.

The Red Cross described the scene as “apocalyptic.” Russia is shelling civilians as they try to flee the city along routes they agreed would be safe. Children are starving and dying. Evacuation attempts face repeated failure.

According to the World Health Organization, over 2 million people have fled Ukraine in the invasion. The country is running dangerously low on vial resources. Mariupol is running low on everything, including water. It’s not clear how long they will last.

Petrifying war crime in Mariupol. Russian air strike targeted a hospital and a maternity house. We could stop this barbarism by protecting our skies. For the sake of humanity, provide us with aircraft, now! Lives are being lost while this is being considered over and over again. pic.twitter.com/CkacLlF0ZQ

That video depicts a maternity hospital in the city. Ukrainian leader Volodymyr Zelensky condemned the horrendous Russian atrocity. Women and children were in the wreckage.

“A maternity hospital in the city center, a children’s ward and department of internal medicine … all these were destroyed during the Russian air strike on Mariupol. Just now,” said Pavlo Kyrylenko, head of the Donetsk regional administration

Survivors are reportedly melting snow to stave off lethal thirst. Where some civilians can escape, their safest road is to the west into Russia. For these survivors, it looks as thought there really is no respite.

Russia is still struggling to make significant advances in Ukraine. Their mysteriously stalled convoy continues to take heavy losses. The real victims in this conflict, however, are the innocent bystanders who find themselves trapped amid the chaos of avarice and destruction.