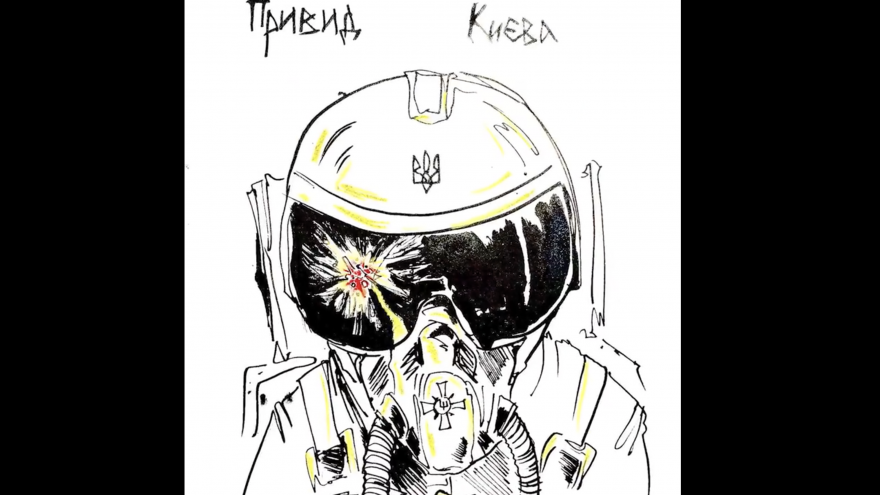 
We’ve all heard the stories: The Ghost of Kyiv fights on! Snake Island gunned down for giving Russia the finger! Videos show Russian paratroopers dropping on Ukrainian streets. But only one of those is true and even it is sprinkled with lies. Let’s take a look.

You may have heard the striking story of Snake Island. 13 Ukrainian soldiers held an island in the Black Sea when Russian invaders commanded them to lay down their arms and surrender. A striking recording shows them belligerently refusing their attackers. They hesitated at first, saying “well, this is it,” but then told the Russians to “Go F*** Yourselves” before they met their end. Ukraine’s Interior Minister analyzed and confirmed the legitimacy of the recording.

Still, the story doesn’t end there. CNN reports that the 13 soldiers are “alive and well,” thought the Island’s infrastructure was decimated.

Ultimately, we don’t know which story is true.

A TikTok video of a supposed “Zoomer Russian Paratrooper” made the rounds on February 24th. The video garnered more than 8 million views before people began to realize the whole thing was a hoax. User “RomanAdler123” on Instagram posted the exact same video in August of 2015.

So unless we really live in “the craziest timeline,” where videos jump to 7 years in the past, this one is clearly a hoax.

Despite being conformably false, that didn’t stop this story from spreading like wildfire.

The Ghost of Kyiv

The legend of the “Ghost of Kyiv” is a rallying cry and a banner for millions supporting Ukraine. Ukrainians reported seeing a MiG 29 jet that reportedly shot down at least 6 Russian planes. The internet immediately went wild. Soon afterwards, a twitter user shared a video supposedly depicting the Ghost shooting down an enemy jet.

The video was faked, using a game by the name of “Digital Combat Simulator.” Sill, the Ghost of Kyiv legend lives on, though unconfirmed.

True or not, Ukraine has seized on the rumor and released a short video on their official Twitter supporting the ghost:

And although it is still unknown who is piloting the Ukrainian MiG-29 plane and whether he is responsible for the 10 downed Russian planes, Ukrainians are grateful to this hero with brass balls, who’s having Russian aircraft for breakfast.

People call him the Ghost of Kyiv. And rightly so — this UAF ace dominates the skies over our capital and country, and has already become a nightmare for invading Russian aircrafts. pic.twitter.com/lngfaMN01I

A Glance at War Propaganda in the Information Age

This is our first glimpse at a war where the involved and interested parties have billions of dollars, the internet, and social media machines at their command. These three pieces of propaganda are far from the only ones we’ve seen so far (see more here) and are nothing compared to what we can expect to come.

One thought on “War Propaganda in the Information Age”