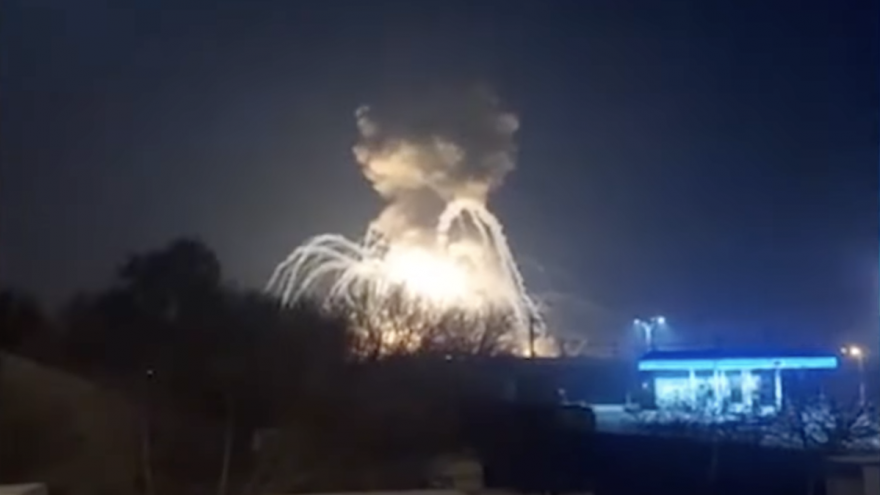 
Wretched blasts in the distance, air raid sirens poison the foggy skies, civilians flood the streets as they flee the coming nightmare. Vladimir Putin has declared a full incursion into sovereign nation of Ukraine.

The Russian dictator declared that North American Treaty Organization’s expansion into Ukraine has become unacceptable. The warlord claimed that invading Ukraine is mean to “protect civilians.” He also stated that anyone who interferes will face “consequences you have never seen.” Putin is calling it the “denazification” of Ukraine, a country with a Jewish leader.

So far, civilian casualties are rising. Multiple airports in eastern Ukraine are on fire after heavy bombing attacks.  Volodymyr Zelenskyy imposed a curfew over the nation of Ukraine and schools have been cancelled. Currently, Russian and Ukrainian troops are battling over Chernobyl.

The Indian Embassy has taken in over 200 Ukrainian Students and the Poland has prepared 8 points to receive a massive flood of refugees.

The White House declared Russia solely responsible for the “unprovoked” attack. Joe Biden declared that he would not send troops to clash with Russian forces. ” “That’s a world war,” he said, when American and Russian troops start shooting at each-other. He even said that he wouldn’t send troops to help evacuate Americans in Ukraine.

Despite these claims, Biden bolstered US troops in Poland to 9,000 and Romania to nearly 2,000. Will Biden’s actions repeat self-destructive historical acts of appeasement like the foolish Neville Chamberlain? Only time will tell. But Russia is attacking with no fear and China has already started encroaching on Taiwan.

There is no doubt, war has begun.

One thought on “Russia is Now at War”