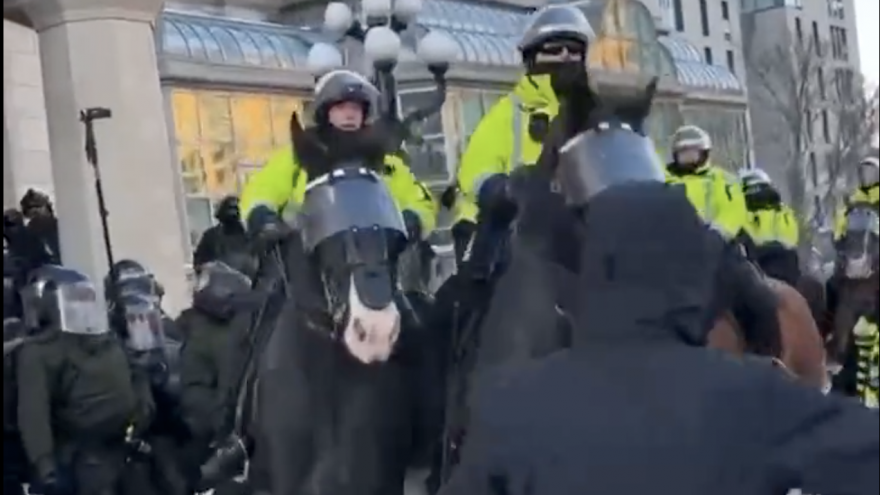 
Last Monday, Canada’s Prime Minister Justin Trudeau invoked a rare power grab known as the “Emergencies Act” to remove peaceful protestors from Canada’s streets. Even though the protestors are gone, he refuses to relinquish emergency powers.

This is only the second time that the act was ever used. The last time was when his father, Pierre Trudeau used it to fight an actual violent terrorist uprising in 1970. The Front de Liberation de Quebec took up arms and fought. They kidnapped national leaders, bombed buildings, and posed an actual and imminent threat to Canada and it’s people. Pierre faced a threat infinitely more hazardous to the Canadian welfare than Justin, and he was still accused of “using a sledge hammer to crack a peanut.”

The streets are now empty of protestors. Trudeau still clings to his ill-gotten emergency powers. He claims that the peaceful picketers could come back at any minute. If this sounds at all like “15 days to slow the spread,” it should. When do we know for sure that they won’t come back? The truth is that we never do.

This time, Truckers have gone on strike because they would lose their livelihoods based on an arbitrary restriction from an unconstitutional law. Not only were the protests entirely peaceful with no instances of violence, but they were also effective. Quebec, Ontario, Alberta, Saskatchewan, and Prince Edward Island have already begun rolling back COVID restrictions and vaccine mandates. This is why Trudeau is using emergency power, not against a threat to the Canadian people, but to fight a threat to his power.

Jason Kenney, the Canadian premier of the Province of Alberta filed a suit against Trudeau. He claims that the government did not have the justification required by the emergencies act to enact it. Trudeau’s act froze the bank accounts of private citizens attempting to fund the peaceful demonstration. Kenney said that these powers were “designed to interrupt terrorism financing,” not to “seize and freeze” the assets of “people whose opinions they disagree with.”

Kennedy was also not alone. 29 Canadian clergymen joined in the throng with an open letter condemning his tyrannical actions. Trudeau squandered an opportunity to connect with the common man and understand his plight. Take a look at this powerful excerpt from the clergy’s letter:

“The Ottawa protest has presented your government with a wonderful opportunity to meet with and speak to ordinary Canadians lawfully and peaceably requiring the restoration of their constitutional rights.” However, in response to their singing, praying, dancing, candy floss, bouncy castles, speeches about the Constitution and outpourings of patriotic love for the country, your government has not only refused to meet with these citizens to hear their concerns, you have insulted, denigrated and lied about them, further dividing a hurting and broken nation.”

The protests were peaceful, but the crackdown was anything but. Mounties were trampling civilians and police were violently attacking protestors in the streets. If we don’t think this can happen here, we’re woefully naive. When it does, our convoy should not leave the streets, our people should not give in, and our government should never hear the end of it until our civil liberties are untouchable once again.

9 thoughts on “Trudeau Refuses to Relinquish the Tyrannical Reins”