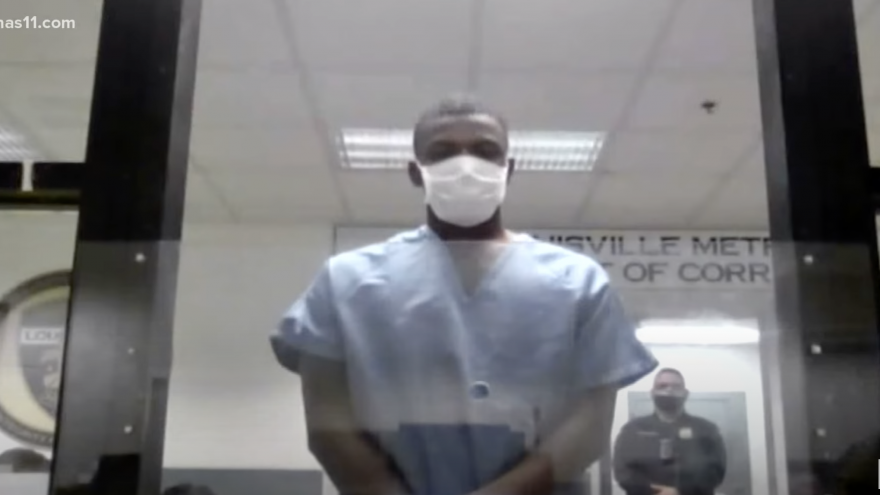 
The Louisville Community Bail Fund is an affiliate of the city’s chapter of Black Lives Matter chapter. They posted a $100,000 bail for botched assassin Quintez Brown.

Jewish Mayoral Candidate Craig Greenberg was meeting with his staff in his campaign office. It was a normal day until a man entered the room at 10:15 and just started shooting. Thankfully, Quintez missed every shot, but Greenberg felt one graze his sweater.

Quintez has a history of marching with BLM. MSNBC once called him a “rising star” when he ironically called for gun control in 2018. Most left-wing news sources have taken to calling him an “activist.” The Courier Journal released an article saying that he should be forgiven simply because he went to college.

Political violence is not activism. It’s what we call terrorism. What kind of message does it send when we release violent criminals like Quintez Brown?

Only a few months ago, the nation was going wild about Kyle Rittenhouse. GoFundMe blocked public funding of his defense. Kamala Harris said that his innocent verdict “speaks for itself,” telling America that there is “more work to be done,” for racial equality. She also promoted bail funds for violent criminals just like Quintez.

The left endorses one form of political violence while declaring self defense an act of “white supremacy,” as MSNBC did. Furthermore, the Las Vegas Sun attempted to pin this left wing radical’s attempted murder on Donald Trump. Yes, you read that right, go and check out the article yourself if you have as much trouble believing that as I did.

Of course each side will support their own people. The more damnable hypocrisy is when the left openly advocates for and defends political violence if it suits them, all the while pretending to disavow it on principle when they find a chance to make the right even vaguely appear violent.

Where did the $100,000 even come from anyway? The tired, old answer shows its ugly head again: George Soros (among others).

The bail fund, for example, has an active page on ActBlue, the political fundraising platform used universally by Democratic candidates across the country. Justice Democrats—a far-left PAC that supports Reps. Alexandria Ocasio-Cortez (D., N.Y.) and Ilhan Omar (D., Minn.)—also actively fundraises for the bail group on the platform. Contributions sent to the Louisville Community Bail Fund through ActBlue are routed through the Tides Center, a liberal dark money behemoth that has received millions of dollars from Soros. Tides gave nearly $740,000 to the bail fund in 2020, tax filings show.

The sad reality is that this cultural descent into madness is going to continue as long as we allow radical left-wing ideologies to take over our institutions. It’s not just politics, it’s education, it’s Hollywood, it’s the mainstream media, and it’s even our military.

A society that condemns simple self-defense while forgiving attempted murder is bound solely for decay and destitution. If we are going to save this country, we need to stand on the principles that founded it and fight tirelessly and fearlessly for them in every circle of civic life.

One thought on “BLM Bails Out a Terrorist Would Be Assassin”