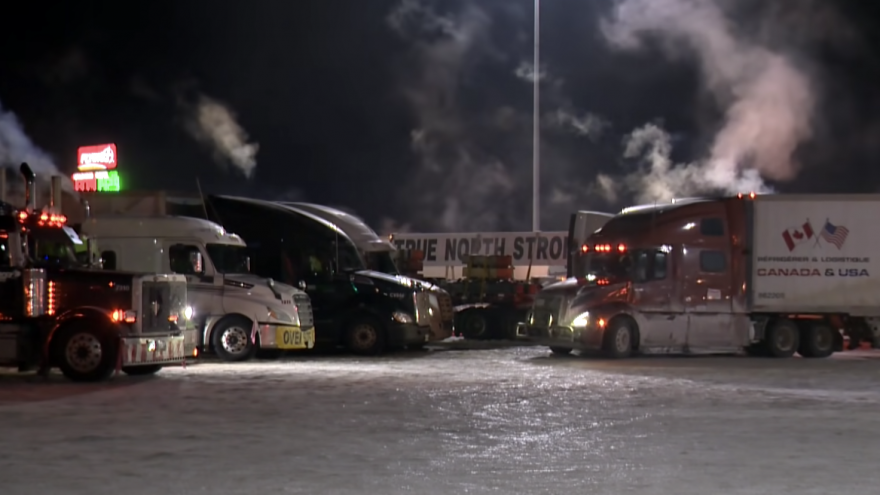 
You’ve heard of the Canadian trucker protest, but did you know that US truckers plan to march on Washington? Not only is the media trying to play down the Canadian protests, but now they don’t even want you to know ours exists.

In Canada, working men and women have had enough. More than 10,000 people took to the streets in Ottowa and Justin Trudeau went into hiding. They are protesting the unethical and oppressive vaccine mandates that Trudeau is forcing on all travelers including truckers. This puts an added strain on the already bleeding supply chain. More importantly, it unjustly usurps countless workers’ opportunities.

Let’s take a look at the lies Snopes told about Canada and then cover the United States’ coming convoy.

When you click on the Snopes article, the first thing you see under the title is as statement that says: “The vast majority of truck drivers in Canada are vaccinated.” This point is not only irrelevant, but insulting. They’re implicitly claiming that unjustly firing a swath of truckers for personal medical decisions is fine because they aren’t the majority. Not only that, but an unjust policy is unjust even if it only directly dismantles 1 person’s livelihood unjustly. Plus, vaccines have many risks and don’t prevent spreading or contracting COVID-19. Getting vaccinated is a personal choice that only affects you.

Also, the article is addressing a fringe claim from a small source. Most conservative sources are actually lowballing numbers. Snopes didn’t even address the claim accurately either. It says that there were no more than 100 trucks at any given one location, but this convoy was nationwide.

The primary problem here is that Snopes has far too much power for us to allow them to act so inanely. It’s “fact-checkers” like Snopes that censor information on social media platforms and nearly all colleges such as Harvard mention Snopes as a resource to fact check claims.

The fact remains that Canada’s protest did have tens of thousands of people, you can watch some drone footage here. Watch here as thousands of mounted cowboys join the convoys. Snopes and the liberal media would love to play it down and call it “violent” even though there was not a single instance of violence. There are throngs of people who are standing against this growing force of tyranny.

So what about Ours?

AFT Dispatch is arranging a truck convoy to travel across the United States in protest of vaccine mandates. They plan on starting in California and ending in Washington, DC. GoFundMe already tried to shut down the movement. The media has not been covering this movement at all. It starts in early March, so keep your eyes peeled!

In Canada, authorities have been stealing protestors’ fuel, unjustly arresting peaceful protestors, and doing everything in their power to shut down the voices of the people. You can be sure that we will face the same here. It’s time to fight back.

Be sure to contact your representatives and put pressure on them to remove unjust vaccine mandates.