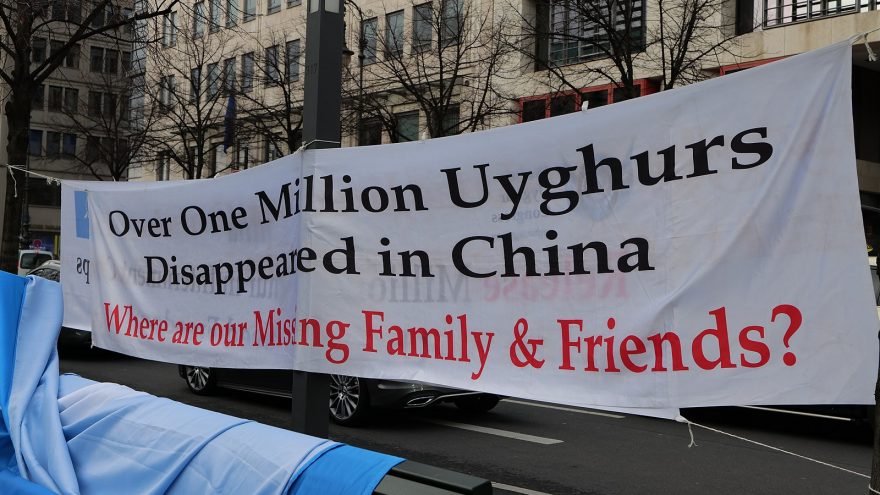 
NBC recently refused to air an ad that holds the Chinese Communist Party’s feet to the fire on the Muslim Uyghur genocide. Florida Representative Mike Waltz produced the ad to raise awareness of what money for the Beijing Olympics is going toward this year.

Since 2016, China has detained an unknown number of Muslim Uyghurs in the Xinjiang region of their country. China’s dictator, Xi Jinping views their culture as a threat to his rule. He’s emptied cities, forced slave labor, and all but annihilated an entire people’s rich history and culture. Didn’t think it could get worse? The United States has officially recognized China’s holocaust as a “genocide” and the powers of the world have done nothing to stop it.

Mike Waltz is the first Green Beret to serve in Congress and is among the few of us who firmly believe allowing China to continue with impunity is simply unacceptable. He thinks the least we can do is boycott this year’s Olympics, or at least raise awareness of this unfathomable atrocity.

NBC, however, is a different story. They refused to air his ad and are instead praising San-Francisco born American Eileen Gu on competing for China over her homeland.

NBC isn’t the only culprit. The US Federal Government continues to spend billions on COVID-19 rapid tests and masks made by the prime suspect of the disease’s origins.

So what can we do? First, circulate Waltz’ ad as far and wide as you can. The more awareness of this nightmare, the more easily we can force our government to take action. Secondly, avoid Chinese products and avoid companies that do business with China. Any dollar going to China is an endorsement of their atrocities. Finally, we need to get principled candidates into power in our nation. Getting out the vote this year and in 2024 is beyond vital.

One thought on “NBC Refuses to Air an Anti-CCP Ad”