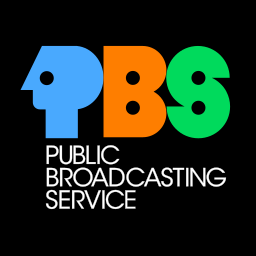 
On the latest episode of Muppet Babies that aired last week on Disney Junior, the male character Gonzo dons a dress and mask to attend a ball where he goes by Gonzorella. According to Out.com, “the fun-loving and always unique alien Gonzo got to celebrate being exactly who he wants to be.” They also called it “a perfect message for kids.” With more and more toddler shows targeted at trafficking in this kind of indoctrination and grooming, parents must stay on high alert.

It appears that the assault launched on America’s children by the LGBTQ movement has greatly intensified this year. Almost all networks that carry programming aimed at the youngest demographics have started to include this kind of gender-bending or showcasing of gay lifestyles. Just recently, the San Francisco Gay Men’s Chorus released a song claiming, “we’re coming for your children.” A quick perusal through the media being pumped out towards children clearly shows that this was not a joke or an idle threat.

At the beginning of the Muppet Babies episode, Gonzo is upset after hearing from Miss Piggy and her friend Summer that only girls can dress as princesses for the royal ball. Gonzo then sulks away dejected to a swing-set where he is visited by Rizzo the Fairy father who gives him a dress and mask to wear to the ball. After the ball, he revealed to his friends that the mysterious princess in the mask was actually him.

“You all expected me to look a certain way. I don’t want you to be upset with me. But I don’t want to do things because that’s the way they’ve always been done either. I want to be me.”

The first step to fighting back against this assault on children is for parents to become aware of the seriousness of this threat. This evil movement has taken over the mainstream culture, and it is now safe to assume that children’s programming is pushing out a satanic worldview to toddlers. America’s children need parents who will wake up and defend their innocence now more than ever.