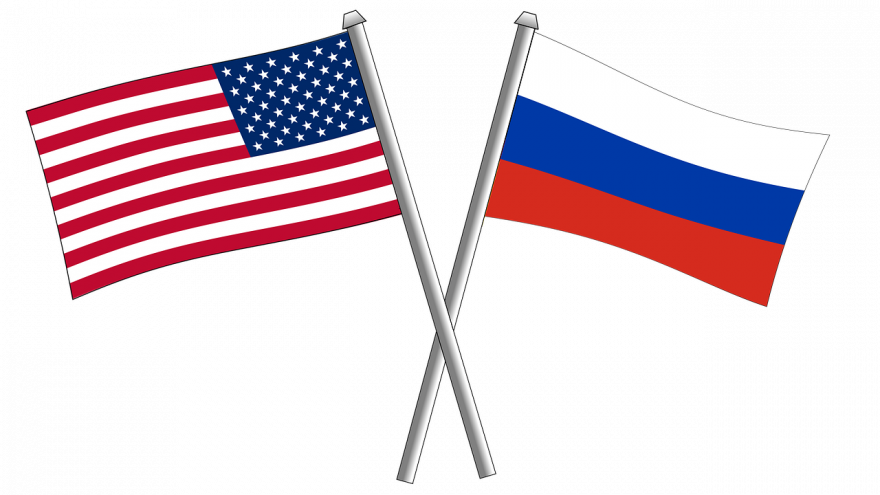 
History repeats itself, first as tragedy, then as farce.

Karl Marx’s comment came to mind as President Joe Biden and Prime Minister Boris Johnson sought to equate their tete-a-tete at the G7 confab in Cornwall, England, to the Atlantic Charter conference of 80 years ago.

Those were historic days, to which these days cannot compare.

Roosevelt met secretly on warships off Newfoundland to confer and commit to a set of principles that were to govern the world after the defeat of a then-triumphant Nazism.

Aboard HMS Prince of Wales, the battleship that brought Churchill across the Atlantic, Americans and British sang together, defiantly and movingly, an old and venerable hymn.

Marching as to War,

With the Cross of Jesus,

Four months later, hours after the attack on Pearl Harbor, Prince of Wales would be sunk by Japanese fighter-bombers along with its sister ship, the battlecruiser Repulse, in the South China Sea.

When Churchill arrived in Placentia Bay off the Canadian coast, the Battle of Britain had been won, Adolf Hitler had turned on his former ally Joseph Stalin, and German armies were advancing from victory to victory in the USSR.
The danger then was that the Nazis might win the war.

And what did Biden, landing at Royal Air Force Base Mildenhall, identify for the U.S. troops there as the “existential threat” facing today’s world?

“This is not a joke,” Biden assured the troops.

Chairman of the Joint Chiefs Army Gen. Mark Milley told Congress the following day that, over at the Pentagon, they had a somewhat different ranking of threat assessments.

Said Milley: “Climate change does impact, but the president is looking at a much broader angle than I am … from a strictly military standpoint, I’m putting China, Russia up there.”

Kicking off the first day's discussion of the seven leaders from the U.S., U.K., Canada, France, Germany, Italy and Japan, Johnson laid out his vision for the post-COVID-19 world.

In the 12,400-word closing communique, the G7 accused Russia of threatening Ukraine while China was guilty of human rights abuses in Xinjiang and Hong Kong. The anti-China commentary was said to have been inserted at the request of President Biden.

But no concrete action was agreed upon in the communique that would unduly upset either Chinese President Xi Jinping or Russian President Vladimir Putin.
Indeed, the Chinese embassy in London dismissed the whole G7 exercise, with Reuters quoting a spokesman as saying, "The days when global decisions were dictated by a small group of countries are long gone."

That Chinese diplomat came as close to describing the reality at the Cornwall confab as anyone present.

For the G7 meeting -- of the heads of government of seven of the world's 10 largest economies -- and the gatherings this week of NATO and the European Union in Brussels appear designed more to send messages than to portend action.

What are those messages?

"America is back!" The prodigal son has come home. The bad old days of The Donald are over. We are united again and agreed we must stand together and raise our differences behind closed doors, not raucously in open forums.

And the struggle for the future lies in competition, not conflict, between autocrats and democrats, to determine which system works better for its people.

To show solidarity, the G7 agreed to contribute 1 billion COVID-19 vaccine shots to poor and needy nations by the end of 2022. Half will come from the USA.
And what are the geopolitical realities largely left unaddressed?

Russia continues to hold Alexei Navalny in prison, to stand behind the dictator Alexi Lukashenko in Belarus and to support the pro-Russian rebel resistance in the Donbas.

China is not surrendering any of the reefs it claims in the South China Sea.

Beijing continues to squeeze the political life out of Hong Kong, and its persecution persists in Xinjiang. And the Chinese military exercises in the Taiwanese waters and air space will continue and grow more aggressive.

Wednesday's meeting between Biden and Putin is the event toward which these preliminary meetings -- the G7, NATO and EU gatherings -- have been pointing.

And from the signals Putin has been sending, he intends to disagree firmly and frankly with Biden, who has called him a "killer."

Following the Putin summit, Biden will hold his own separate press conference, by himself. What, one wonders, are the Americans afraid of?

7 thoughts on “All Is Hype for the Biden-Putin Summit”