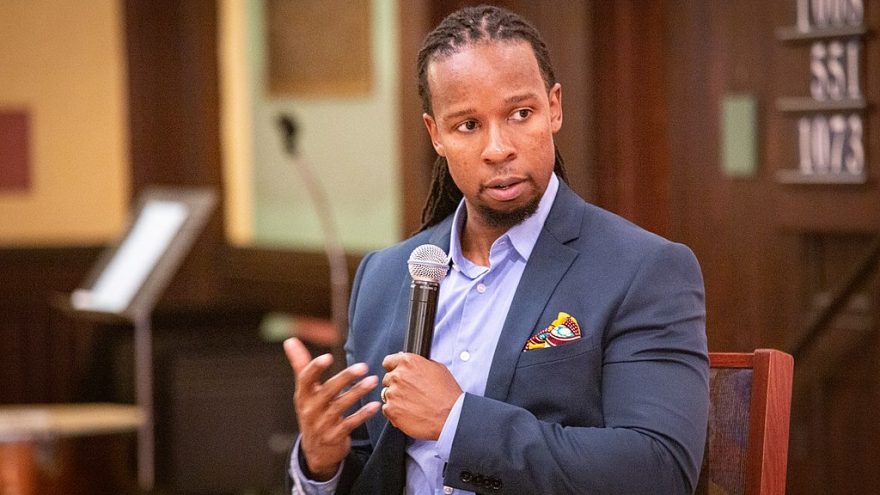 
This week, a clip of America’s most prominent racial grifter, Ibram X. Kendi, began making the rounds on Twitter. Kendi, the author of “How to Be an Antiracist,” has undoubtedly made a fortune by indicting those who disagree with him as complicit in American racism — and by providing partial absolution to those who repeat his cultish ideas.

In one particular clip from a recent interview, however, Kendi was asked to do one very simple thing: to define racism itself. Kendi failed signally in that task. “I would define it as a collection of racist policies that lead to racial inequity that are substantiated by racist ideas,” Kendi stated.

The audience laughed out loud.

Kendi then reiterated his definition and added: “And antiracism is pretty simple using the same terms. Antiracism is a collection of antiracist policies leading to racial … equity that are substantiated by antiracist ideas.”

This, of course, is utterly nonsensical. No term can be defined by simple reference to the term itself. If someone asked you to define an elephant and you quickly explained that an elephant is, in fact, an animal known as an elephant, you would be adding no new information.

If someone asked you to describe anger and you then defined anger as the feeling of being angry, you would leave the listener in serious doubt as to your sanity.

Yet the left not only nods along to this; it champions it. For deep thoughts like Kendi's, CEOs pay millions: Jack Dorsey of Twitter gave Kendi's Center for Antiracist Research at Boston University $10 million last year; The Vertex Foundation of Vertex Pharmaceuticals is giving Kendi's center $1.5 million over three years; Bank of America has brought in Kendi to deliver his insipid message; The Boston Globe has teamed with Kendi's center to create a new media platform.

To date, the Center for Antiracist Research has generated precisely zero research; its website reads, "We are now accepting proposals for our research and policy teams." The center is also accepting applications for its "Antibigotry Convening." And, of course, the center has merchandise, including Antiracist Book Festival face masks (for just $25!).

If, for example, differential poverty rates by community are highly related to single motherhood -- and if single motherhood can only be avoided through personal decision-making -- then focusing on historic racism to the exclusion of personal decision-making not only does little good; it does active harm. Yet that is precisely what Kendi proposes -- and he calls you racist if you suggest otherwise.

Kendi's solutions are the sorts of solutions the left likes. He has proposed a federal Department of Antiracism with the power to pre-clear "all local, state and federal public policies to ensure they won't yield racial inequity, monitor those policies, investigate private racist policies when racial inequity surfaces, and monitor public officials for expressions of racist ideas."

In other words, it's authoritarian dictatorship to establish Kendi's vaguely defined antiracism.

The left embraces this loose thinking because it promotes a broader agenda: blaming institutions broadly for all problems and then remolding those institutions.

In this task, obfuscation becomes profoundly important, lest Americans recognize that in a free America, the best path toward alleviating inequity is individual rights rather than a top-down rewriting of American society.

12 thoughts on “The Muddled Thinking of ‘Antiracism’”