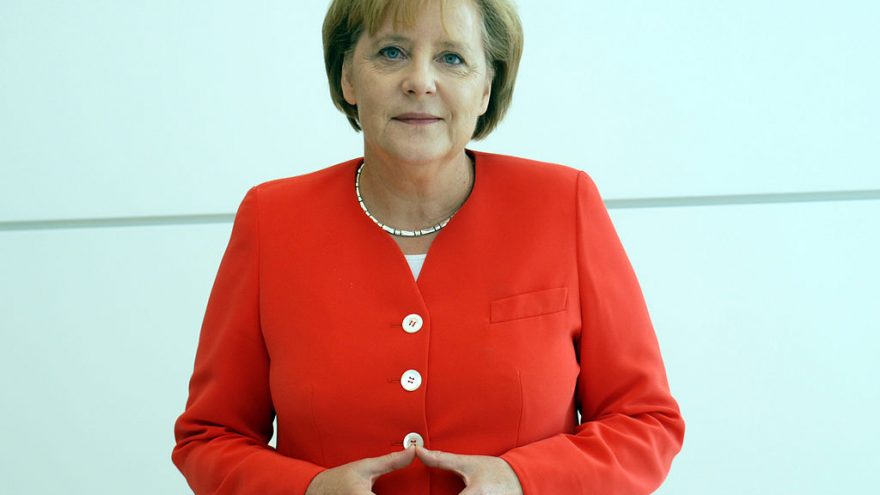 
When the U.S. created NATO, a primary purpose of the alliance was to serve as a western wall to defend Germany against the 400,000 Russian troops on the eastern side of the Elbe River.

Seventy years later, Germany has decided to double its dependence on Vladimir Putin’s Russia for the natural gas needed to run the German economy, despite the opposition of her great protector, the USA.

The Biden administration decided to waive sanctions on Matthias Warnig, the ally of Putin whose company, Nord Stream 2 AG, is laying the pipeline beneath the Baltic Sea from Russia to Germany that is now 95% complete.

When done, Nord Stream 2 will make Moscow Germany’s principal supplier of natural gas, and cut Kyiv out of hundreds of millions in transit fees it annually receives for letting Russian gas pass through Ukraine to Germany.

“We think the (Nord Stream 2) pipeline is a bad idea. It advances Russia’s interests and undermines Europe’s interests and our own. It actually goes against the very principles that the EU has set out in terms of energy security and not being too dependent on any one country, notably, in this case, Russia.”

As late as March, the Biden administration had made clear its commitment to complying with sanctions legislation put in place with bipartisan support in Congress, and had called on companies involved in Nord Stream 2 to “immediately abandon work on the pipeline.”

Ukraine is stunned and outraged. Its parliament, the Rada, has passed a resolution urging Congress to “use all available tools provided by US law to completely and irreversibly stop the construction of the Nord Stream 2 gas pipeline by applying blocking sanctions against all participants in this Russian geopolitical project.”

Why did Biden and Blinken fold? Was it to set the table for the Biden’s June summit with Putin?

The decisive factor was probably that Nord Stream 2 is just about complete and America’s principal continental ally, Germany, is wholly committed to the project. Prime Minister Angela Merkel, who is leaving office this year, approved the deal with Putin’s Russia and her legacy is now tied to its completion.

Germany’s dependence on Russian gas is certain to grow as Berlin, as it plans to do, phases out its coal and nuclear power plants.

Would a Germany that is doubling its dependency on Russia for the natural gas that fuels its economy be willing to go to war against that same Russia, and send German troops to fight alongside NATO?

Would Berlin be willing to declare war on its own gas station?

Biden's climbdown on opposition to Nord Stream 2 is startling from another standpoint. He and his team have shown themselves to be true climate change zealots who want to see gas and oil rapidly phased out.

On his first day in office, Biden canceled the Keystone XL pipeline, enraging the Canadians and killing off 11,000 American jobs. Biden then outlawed any new drilling permits for oil or gas on federal lands.

Michigan Gov. Gretchen Whitmer just told a Canadian energy company, Enbridge, it must shut down a controversial oil and gas pipeline that passes under the Straits of Mackinac, amid rising fears that a spill would be catastrophic to the region.

For 67 years, Enbridge has moved oil and gas from western Canada through Michigan and the Great Lakes to refineries in Ontario.

But Michigan now says that this one section of the pipeline is too risky to continue operating.

Earlier in May, America got a wake-up call about the vulnerability of its energy supply. Colonial Pipeline, which carries refined gasoline and jet fuel from Texas up the East Coast to New York, was forced to shut down after being hit by ransomware.

The attack was apparently the act of a criminal group, not a nation-state. But the damage done was considerable.

Half the gas stations in several states on the Eastern seaboard had to close when their gasoline pumps were exhausted by long lines of panicked motorists. To get their pipeline fully operating again, Colonial had to pay millions.

This demonstrated the vulnerability of the U.S. energy system and its new technology to the kind of cyberattacks that enemies far more serious than the criminal gang who launched the attack on the Colonial Pipeline could launch.

Fifty years ago, we confronted a grave threat to U.S. energy security and independence: an oil embargo imposed by the Saudis and other Arab OPEC countries in retaliation for Richard Nixon's military aid that enabled Israel to survive and prevail in the Yom Kippur War of 1973.

Are we still prepared for something of that magnitude?