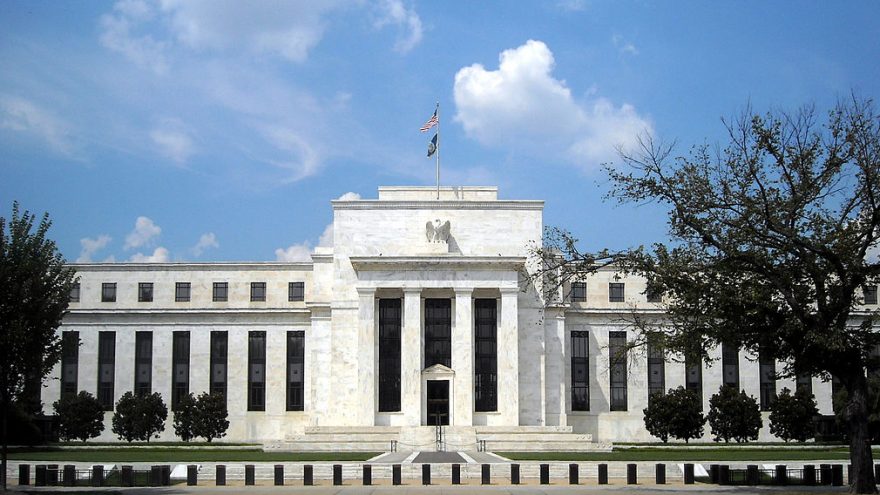 
In his 1996 State of the Union address, President Bill Clinton said: “We know big government does not have all the answers. We know there’s not a program for every problem.” In short, “The era of big government is over.”

A generation later, President Joe Biden says, in effect, “I’ve got $6 trillion that say otherwise.” That’s the combined cost of his COVID-19 relief program, his infrastructure plan and his American Families Plan. This gargantuan sum would come on top of the nearly $4 trillion authorized in 2020 to deal with the pandemic and its economic fallout. Biden is proposing a vast expansion of government programs that would weigh heavily on our economic future.

Most of the spending last year was an appropriate response to a massive emergency. With the life and health of millions of people in jeopardy, and much of the economy gasping for air, our elected leaders had little choice but to put the nation on the equivalent of a wartime footing. It was no time for governmental austerity, which would have been heartless and self-defeating.

The outlays were far bigger than needed, as documented by Larry Summers, who was director of the National Economic Council under President Barack Obama. But it was prudent to err on the side of doing too much in response to the biggest economic crisis since the Great Depression. The profligate approach worked, in that millions of people were spared severe hardship and the economy contracted less than it might have.

In previous decades, such a frenzied spending binge might have generated widespread anxiety, prompting a return to a semblance of budgetary discipline. That was the reaction to Obama’s far smaller 2009 economic stimulus.

But this time, the effect has been to pulverize any sense of limits. If we can spend $4 trillion in an emergency, why not $6 trillion when the emergency has subsided? Amounts that would have choked an elephant two years ago now go down easy.

This insouciance is partly the fault of Republicans, whose 2017 tax "reform" exposed their disdain for fiscal responsibility. It's hard to make a case against trillions in new spending when you've gleefully shoveled out $1.9 trillion in tax cuts. Nor did Trump curb outlays, which were substantially higher under him than they had been under Obama. Trillion-dollar deficits, once unthinkable, became the norm.

The pandemic spurred a new receptiveness to federal initiatives by aggravating problems that had long festered. Among them: lack of access to health insurance, the disproportionate burden of child care on women, the vulnerability of many people to poverty and more. It raised fundamental questions about the role of government that had long been given short shrift.

Some of the reconsideration is entirely justified. So are some of the remedies -- particularly, extending federal child tax credits to poor parents who were previously denied a benefit available to higher earners. The expansion of the Affordable Care Act offers a way to broaden health care access without succumbing to a single-payer system. Some infrastructure investment is always in order.

What Biden's plan lacks is any recognition that some tasks deserve priority over others. They are all urgent in his mind. He's taking his cue from Oscar Wilde, who wrote, "Nothing succeeds like excess." His tax plans are supposed to pay for this new spending, but does anyone believe Democrats would downsize their ambitions if revenue projections fall short?

They are likely to. A report by the Penn Wharton Budget Model found that increasing the tax rate on capital gains to 39.6% from the current 20% would reduce revenue. Over the first decade, Biden's infrastructure package would cost $600 billion more than it would bring in. In the current atmosphere, however, these projections will not dampen the enthusiasm for spending.

Piling up more federal debt may do little harm in the short run, but over time, it's bound to divert funds that would have gone to private investment, to the detriment of the economy. When interest rates rise, the cost of financing that debt -- already $378 billion a year-- will soar.

The budgetary binge may also lift inflation to levels that Americans have not seen since the 1980s, if not higher. On this front, Larry Summers warns, "We're taking substantial risks."

Right now, Biden and congressional Democrats have the giddy feeling that there are no limits to what the federal government can do or afford. But limits have a way of reminding us that they exist.

10 thoughts on “The Dangers of Biden’s Spending Binge”