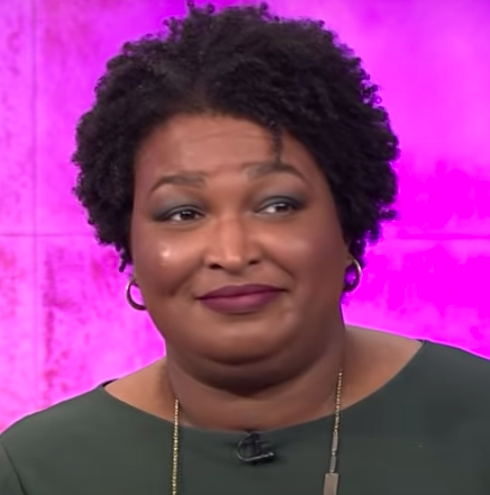 
When Democrats get caught in a political pickle, they can count on the borrowed authority of “journalists” and “fact-checkers” to bail them out. Take failed Georgia gubernatorial candidate Stacey Abrams’ pressuring corporations to put a financial squeeze on Georgia.

She began a March 31 op-ed in USA Today by writing: “Boycotts work. The focused power of No, trained on corporate actors used to being told Yes, can yield transformative results. As a Black person, a Southerner, an American, I respect and defend the right to boycott — and the advancement of civil rights has relied heavily on economic boycotts.”

On April 2, Major League Baseball announced it was yanking the All-Star Game out of Atlanta, and activists such as Abrams suddenly wanted to sound less like boycott boosters.

Twitter’s sidebar came to the rescue on April 22. One of its article headlines read, “Stacey Abrams encouraged Americans to invest in Georgia-based businesses after new voter laws were passed, according to journalists and fact-checkers.” That sounds contrary to the spirit of what Abrams wrote.

Then came stealth edits by Abrams at USA Today. In the original article, Abrams said she wasn’t opposed to individuals choosing to boycott the “racist, classist” Georgia voting bill that had just been passed. “Until we hear clear, unequivocal statements that show Georgia-based companies get what’s at stake, I can’t argue with an individual’s choice to opt for their competition,” she wrote. She hedged a little by saying boycotts can cause “hardships” and added, “I don’t think that’s necessary — yet.”

The article was “updated,” but really, it was a substantial rewrite. The sentence about her not being able to “argue” about a boycott was removed. And she added a complaint that Major League Baseball’s boycott “could cost our state nearly $100 million in lost revenue” and then blamed Republicans for caring more about voter suppression than people’s “economic well-being.”

According to the Internet Archive digital library, the op-ed was revised on April 6, but a notice acknowledging it was "updated" wasn't added until April 22.

Fox News reported that Major League Baseball was aggressively lobbied by Abrams. "Abrams told a senior league official that she wanted him to denounce the Georgia voting rights law, according to people with direct knowledge of the matter," read a Fox article. Commissioner Robert Manfred clearly decided the game would be too politicized and pulled out.

But the "fact-checkers" came to Abrams' defense. Sen. Tom Cotton tweeted that Abrams played a part in the pullout because she described the Georgia voting law as "Jim Crow" at least 10 times before the game was moved and she had written that "boycotts work." CNN's Daniel Dale cried foul, tweeting: "This is misleading. Abrams wrote that boycotts work under certain conditions ... but proceeded, in the same op-ed, to argue that Georgia's conditions weren't right for a boycott. In a web video that day, she explicitly said, 'Please do not boycott us.'"
He sounds like an Abrams PR guy, right? Republican strategist Matt Whitlock tweeted that Dale accurately described the text but made no mention of the stealth edits.

PolitiFact flagged Georgia Gov. Brian Kemp for blaming Abrams for the baseball pullout, writing, "Kemp's comments are misleading; they lump together the positions of Biden and Abrams when they've actually taken different positions." It also cited the USA Today op-ed and made no mention of the stealth editing. A line that PolitiFact quoted from Abrams' op-ed -- "Boycotts invariably also cost jobs" -- was part of her added text.

Both these "fact-checks" of Republican critics of Abrams were highlighted by Twitter's roundup. This episode of avoiding inconvenient facts demonstrates why many people think the "fact-checkers" are not independent actors but energetic spin-controllers for the Democrats.