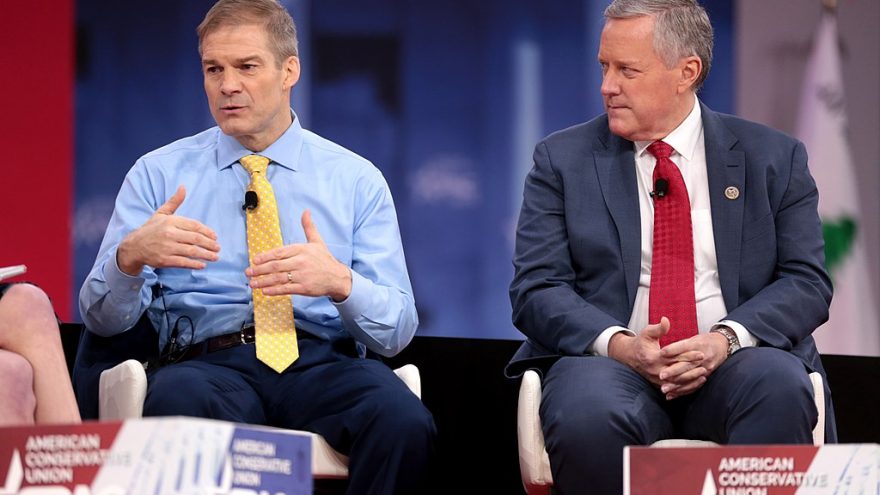 
White House Chief of Staff Mark Meadows said that President Trump has met with several members of Congress and they are willing to fight back against election fraud.

“Several members of Congress just finished a meeting in the Oval Office with President [Trump],” he wrote on Twitter, adding that they are “preparing to fight back against mounting evidence of voter fraud. Stay tuned.”

The Epoch Times has yet to call the election, unlike most mainstream media outlets, as it has acknowledged the many swing states that are currently being contested.

So, who are these members of Congress?

Meadows didn't name names but some members outed themselves on Twitter, in support of the fight for free, fair, and transparent elections.

Just left the Oval with @realDonaldTrump and several other members of Congress. Stay tuned... https://t.co/IVoXhE8BSc

Rep. Mo Brooks, who has been vocal in his support for President Trump's fight for election transparency and fairness, gave a bit of advice to the American people on how they need to play a role in this.

“Now, can American citizens actively participate? Very simply, they have to call their congressmen and their senators and demand that they support this effort to protect our election system from fraud and illegal conduct,”

While Mitch McConnell has advised republican Senators not to question the outcome, some are still standing in support of, not just President Trump, but our Constitution and a fair election process.

President Trump also said, just a few days ago, that his team is getting closer to overturning the results of what many say was a rigged election.