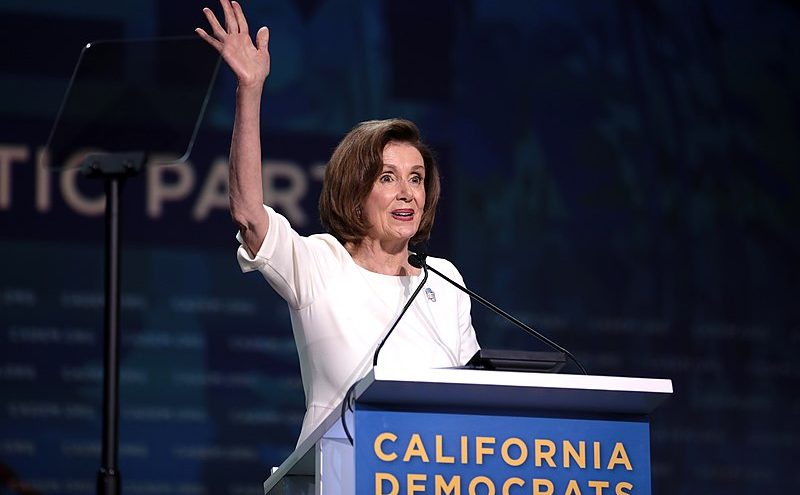 
Instead of passing legislation that helps the millions of people who have been out of work since the government took their jobs, Congress and the Senate have apparently come to an agreement to give Americans some bailout crumbs as part of a new Covid stimulus deal.

The stimulus bill comes with a $900 billion price tag.

Americans will get just $600 each.

You get a total of $1,800 (including the first stimulus maximum payment) for being out of work for 9 months due to the government shutting down your businesses. That’s $200 a month and we’re not done yet. Democrat governors are still shutting down more businesses.

How does that help people who have lost their jobs in 2020 due to the government overreach?

The relief plan includes direct payments of $600 to most adults and $600 per child, Pelosi and Schumer said in a statement.

The Democrats said it would put $284 billion into Paycheck Protection Program small business loans, and include funds for loans from small and minority-owned lenders. It would direct another $20 billion to small business grants and $15 billion to live event venues.

It would also add a $300 federal unemployment supplement and temporarily keep in place pandemic-era programs that expanded unemployment insurance eligibility. It was not immediately clear how long each of those measures would last.

They even managed to bring race into the stimulus deal.

News flash to Speaker Pelosi: State and local government money will not be used for vaccines, but to bail out the devastating decisions to shut down economies and societies. https://t.co/KP9MQUBwz6

Congress has taken money out of your pocket and enriched their big donors. They've shut down your business to steer all the profit toward large corporations. They've allowed you to be restricted from travel and basic rights while they travel freely across the country and around the world.

They created this problem by stealing money from you and now they're telling you they're helping you out by sending you a fraction of the stimulus money - money that was already yours in the beginning.

Meanwhile, Congress hasn't missed a single paycheck. It's awfully considerate of them to let you have a little bit of your own money back but don't get too excited. They'll tax you for it.

20 thoughts on “Let Them Eat Cake: Congress Is Ripping Americans Off With New ‘Stimulus’ Deal”