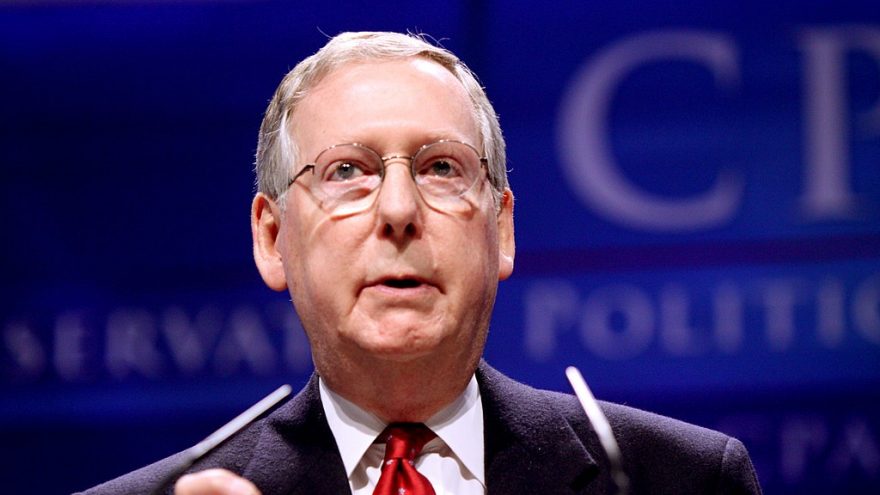 “President Trump and Vice President Mike Pence deserve our thanks and our gratitude for their tireless work and their essential roles in all these victories and in many more,” McConnell said. “Six weeks ago, Americans voted in this year’s general election. The legal and constitutional processes have continued to play out since then. Yesterday, electors met in all 50 states. So, as of this morning, our country has officially a president-elect and a vice president-elect.”

He said millions of Americans had hoped the election would go a different way but our government has a process and that process chose a different path.

A separate report says that McConnell, on a conference call Tuesday morning, urged republican Senators to accept the results as they are and move forward.

“I think that there was encouragement on the phone for us to accept the result, as much as it’s not what we, you know, would have envisioned for the next four years, and to try to do what’s best for American people, which is to look forward,” Sen. Shelley Moore Capito (R-WV) said, according to the Hill.

However, the Trump legal team says we're still far from being done with what they say is massive election fraud. President Trump, himself, said we haven't seen this level of fraud before.

Tremendous evidence pouring in on voter fraud. There has never been anything like this in our Country!

This comes just days after a Michigan judge released the forensic audit of Dominion voting machines in Antrim County, MI that showed a 68% error rate in processing votes. The acceptable rate for error in machines used is .0008%.

68% error rate in Michigan Voting Machines. Should be, by law, a tiny percentage of one percent. Did Michigan Secretary of State break the law? Stay tuned!

With the DNI report on election interference due this Friday, the current DNI John Ratcliffe is about to become a very important man in this process.