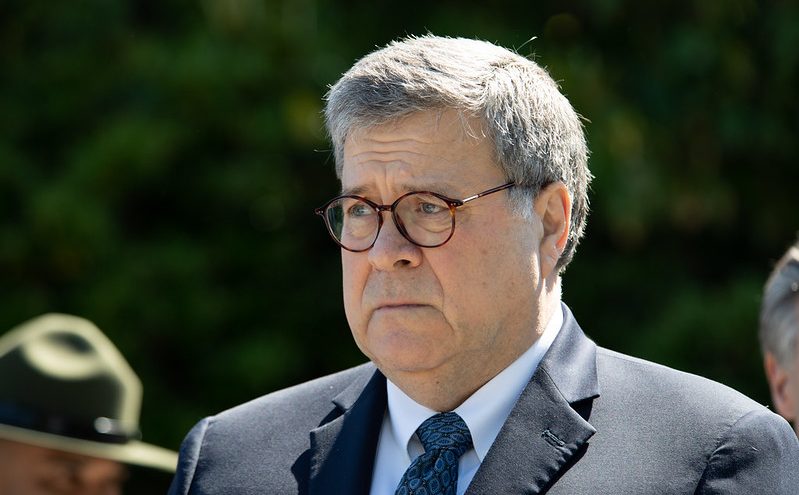 
Attorney General William Barr has been the focus of a lot of criticism from the left and, more recently, from the right. In Barr’s defense, he has done a lot to stop human trafficking, sex trafficking rings, and has led a major crackdown on violent gangs like MS-13.

The left has accused him of being “Trump’s right-hand man” and they have even talked about prosecuting him once President Trump is out of office (which could still be 4 years from now). For what? Who knows, but the rabid left wants to prosecute anyone associated with Donald J. Trump regardless of actual crimes.

Some on the right have recently lost faith in Attorney General Barr after watching the Spygate scandal unravel right before our eyes, in public. Yet, there have really been no prosecutions of the major players involved for crimes that we all witnessed, such as John Brennan twice lying to Congress about spying on American citizens.

General Michael Flynn wasn’t so lucky and was charged with lying to the FBI, even though the FBI Agents performing the interview even said they didn’t think he lied. He was recently pardoned and Judge Emmett Sullivan finally dropped the charges against Flynn.

Barr's time as Attorney General will be revealed as a success of a failure largely based on the outcome of U.S. Attorney John Durham's investigation. Time will reveal what happened there but, in all fairness, it is likely too early to judge it one way or another.

We still don't know much about it and many fear nothing has actually been investigated. After all, one of the main criticisms, from the right, of Barr is that he's not a Trump loyalist but a Bush loyalist.

Nonetheless, President Trump relayed the information to the people and said Barr has done an outstanding job.

Just had a very nice meeting with Attorney General Bill Barr at the White House. Our relationship has been a very good one, he has done an outstanding job! As per letter, Bill will be leaving just before Christmas to spend the holidays with his family...