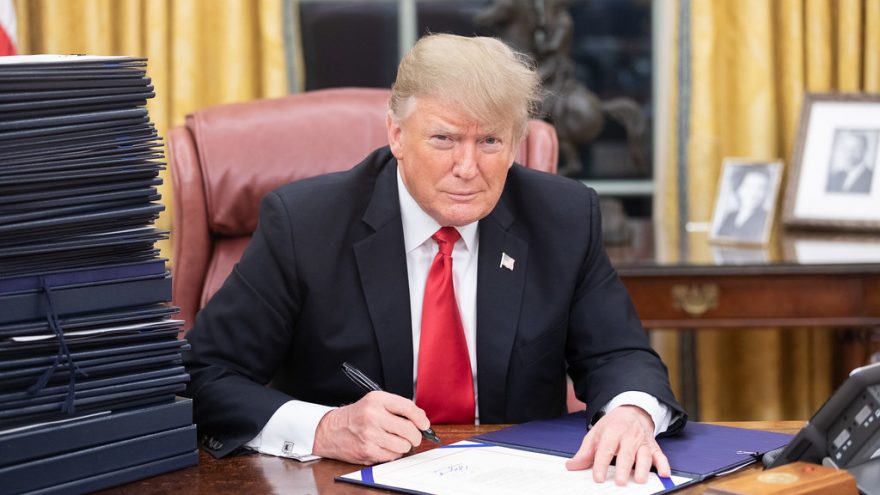 
You can find whispers of this on Twitter but I’m pretty sure it’s throttled down and, if I had to bet, I would say it will get censored in short order. Especially if the order goes into action.

The order is titled:

I, DONALD J. TRUMP, President of the United States of America, find that the ability of persons located, in whole or in substantial part, outside the United States to interfere in or undermine public confidence in United States elections, including through the unauthorized accessing of election and campaign infrastructure or the covert distribution of propaganda and disinformation, constitutes an unusual and extraordinary threat to the national security and foreign policy of the United States. Although there has been no evidence of a foreign power altering the outcome or vote tabulation in any United States election, foreign powers have historically sought to exploit America’s free and open political system. In recent years, the proliferation of digital devices and internet-based communications has created significant vulnerabilities and magnified the scope and intensity of the threat of foreign interference, as illustrated in the 2017 Intelligence Community Assessment. I hereby declare a national emergency to deal with this threat.

So, what remedies are described in this Executive Order?

Section 1 says the Director of National Intelligence (John Ratcliffe) shall conduct an assessment and report on any foreign related interference in our elections.

Section 1. (a) Not later than 45 days after the conclusion of a United States election, the Director of National Intelligence, in consultation with the heads of any other appropriate executive departments and agencies (agencies), shall conduct an assessment of any information indicating that a foreign government, or any person acting as an agent of or on behalf of a foreign government, has acted with the intent or purpose of interfering in that election.

We could be approaching 45 days fairly soon depending on when they deem the conclusion of the election to be.

The report will be delivered to the heads of State, Defense, Treasury, Homeland Security, Attorney General, and the President.

The report will then include any recommended remedial actions that the United States take against such actors, other than sanctions described in the order.

The actions that could be taken are wide ranging.

Will this Executive Order come into play? The implications could be huge, if so.