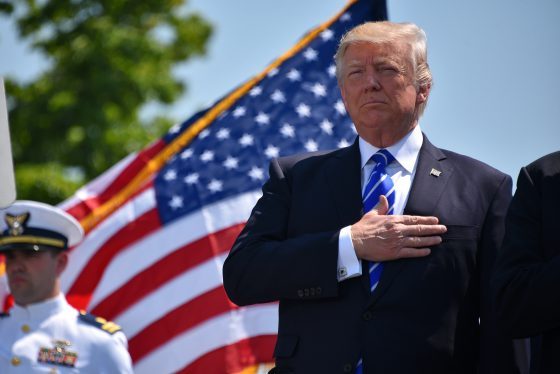 
President Trump secured another peace deal in the Middle East. This time it’s between Israel and Morocco, another Arab nation.

Another HISTORIC breakthrough today! Our two GREAT friends Israel and the Kingdom of Morocco have agreed to full diplomatic relations – a massive breakthrough for peace in the Middle East!

“They are going reopen their liaison offices in Rabat and Tel Aviv immediately with the intention to open embassies. And they are going to promote economic cooperation between Israeli and Moroccan companies,” White House senior adviser Jared Kushner told Reuters. “Today the administration has achieved another historic milestone. President Trump has brokered a peace agreement between Morocco and Israel – the fourth such agreement between Israel and an Arab/Muslim nation in four months.”

As one can imagine, Democrats and bureaucrats aren't happy at another successful attempt at peace in the Middle East.

John Bolton says it's a mistake to abandon the Middle East policy of the last 30 years because....it was obviously going so well?

Trump was wrong to abandon thirty years of US policy on Western Sahara just to score a fast foreign policy victory. An Israel-Morocco deal was possible without abandoning US commitment to Sahrawi referendum on WS future, as Sen. Jim Inhofe rightly said. https://t.co/AeVaML1HeQ

Newt Gingrich recognizes the massive success that President Trump has had in restoring peace between the longtime war-torn countries.

The Morocco-Israel agreement is another remarkable achievement by President Trump and his team. They have now helped Israel build ties to four Arab countries. Compare that to the ineffectiveness of professional diplomats for a quarter century. Nobel Prize next?

It's becoming exceedingly obvious that the people across the world want peace but establishment bureaucrats would like to keep the wars going. Wars that nobody wins and just a few profit from.

President Trump has started zero new wars and has had foreign policy successes the likes of which we haven't seen in decades. Speaking of the last 30 years, is there anyone who is more deserving of a Nobel Peace Prize?