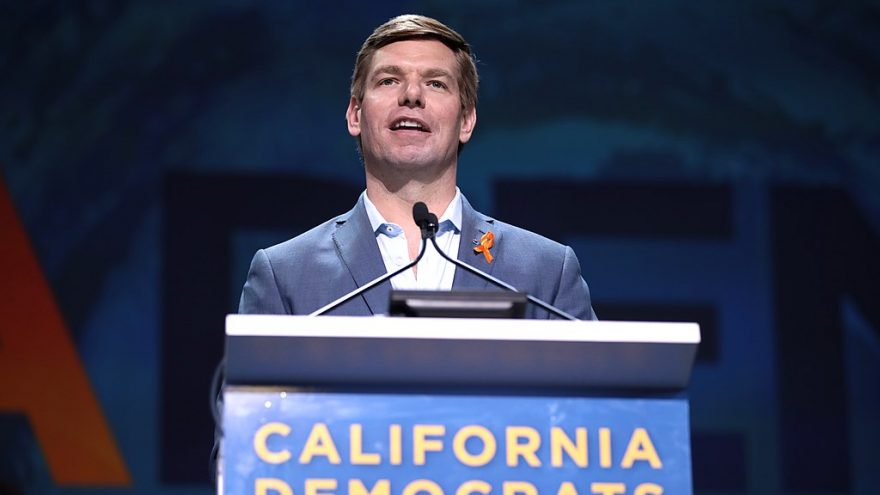 
A suspected Chinese spy had gotten close to top U.S. politicians in California over a period of  about 4 years, according to a report by Axios. Their investigation found that U.S. intelligence officials believe it was a political intelligence operation by a Chinese civilian spy agency.

Fang had also planted an intern in Rep. Swalwell’s congressional office. The Axios investigation found that Eric Swalwell was among the top targets of Fang.

Swalwell has spent the last 3 years preaching, without evidence, the dangers of possible Trump ties to Russia. He, and other Democrats, have warned that President Trump could have business deals in Russia and other countries that could pose a national security risk.

It turns out that Democrats seem to be the ones mostly compromised by foreign intelligence programs, and mostly Chinese intelligence programs. Dianne Feinstein, Democrat Senator from California, had employed a Chinese spy for 20 years but you probably heard little to nothing about it.

The staffer had served the senator for some two decades as a general office lackey, a liaison to the local Chinese community, and, most important, the senator’s chauffeur whenever she was in San Francisco, her hometown. Driving Ms. Feinstein would have been a plum assignment for an intelligence operative; it allowed the Chinese access to the senator’s comings and goings and who she met with, as well as to any conversations she might have had in the car and any documents she may have left in it.

Nope, that's not all.

Why does this matter, other than optics?

Many foreign spy programs are said to rely on leverage and blackmail. A romantic involvement (such as Fang had with multiple politicians) or a personal driver position (such as Dianne Feinstein employed) could gain access to conversations, documents, or thumb drives left unguarded and deliver that information back to Chinese officials. Those officials could then use that as leverage to sway a policy decision in their favor.

That angle certainly seems possible, or even plausible, given the decisions we've seen by our elected officials to shut down private business and employ a disastrous election implementation strategy that was warned to be wildly unsecure.