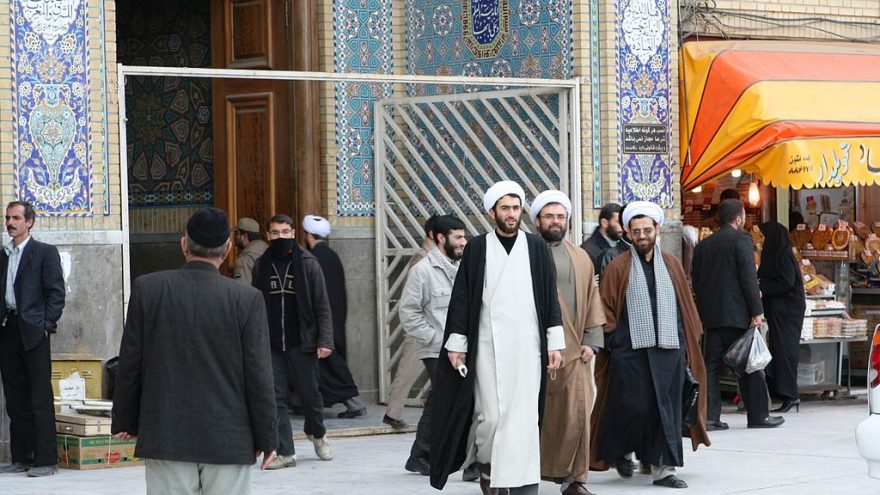 
If Israel, as is universally believed and has not been denied, was behind the assassination of Iran’s leading nuclear scientist, questions arise:

The scientist, Mohsen Fakhrizadeh, it is conceded, was a leader in Iran’s nuclear bomb program, but that program was disbanded in 2003.

Under George W. Bush, in 2007, all 17 U.S. intelligence agencies declared with “high confidence” that Iran no longer had a bomb program.

Since 2015, Iran’s nuclear facilities, under the Iran nuclear deal, have been subject to U.N. surveillance and inspections. And Iran has neither produced plutonium nor enriched uranium to the 90% level needed for a bomb.
Israel claims Iran never stopped working on a bomb, but U.S. intel agencies and U.N. nuclear inspectors have agreed that the military nuclear program that Fakhrizadeh oversaw was ended in 2003.

So, again, why would Prime Minister Bibi Netanyahu authorize Mossad to send an assassination team to Iran to kill the nuclear scientist? And why now?
If Iran is actually running a secret program to build a bomb in violation of the nuclear deal, why not identify the site of the violation, demand that U.N. inspectors visit, expose Iranian duplicity to the world, and kill the deal?

Why kill the scientist?

From Netanyahu's standpoint, there are, however, many motives to make the call to kill Fakhrizadeh.

To humiliate the Iranian regime. To demonstrate Mossad's capacity to kill Israel's enemies with impunity. To send a message to others working in Iran's nuclear program that the regime's security forces cannot protect them.

To Sunni and Gulf Arabs who see Iran as a sectarian and strategic rival and adversary, Israel's ability to punish Iran and its regional militias with repeated, unanswered strikes makes Israel a far more desirable ally and partner than ever before.

But with this strike, Bibi was also sending a message to Joe Biden, who is seven weeks away from assuming the presidency.

What is Bibi's message?

Mr. President-elect: This Mossad operation should tell you how seriously we view Iran's determination to build a nuclear bomb, and how existential a threat that would be for us. And we intend to deal with that threat sooner rather than later.

And if, on taking office, you try to rejoin the Iran nuclear deal and lift U.S. sanctions in return for Iran's full compliance with the terms of that deal, then we will not be restricted in the actions we take to prevent that from happening.
As President Trump put America first, we put Israel first, and Iran tops the list of threats we intend to face -- preferably with you, but if necessary, alone.

From Bibi's standpoint, the killing of Iran's top nuclear scientist seems to be a win-win-win proposition. Bibi's personal scandals are eclipsed and put on the back burner. He is seen by Israelis as a man of action and decisive protector of the nation against its greatest threat.

Should Iran answer the assassination with a counterstrike, that could lead to Israeli retaliation, escalation, and war. This could turn Bibi into a wartime prime minister like Winston Churchill and fulfill his dream of having America bring its full air, naval and missile power to deliver a crushing blow to the Iranian military and the Ayatollah's regime.

However, the assassination of Fakhrizadeh and Iran's resolve to retaliate complicates -- if it does not close -- Biden's path toward rejoining the nuclear deal and reconciling with Iran.

If the killing ignites a war, Tehran knows there is a real possibility that America would align with Israel, as Donald Trump detests the Iranian regime as much as Netanyahu does.

And if the "moderates" in Tehran fail to maintain the national honor by retaliating against Israel, that could result in a hardline regime winning in this year's elections.

A return of the hardliners could mean a total collapse of the Iran nuclear deal and a new cold war that could eventually end in the hot war Middle East hawks -- in Iran, Israel and the USA -- have long desired.

As Trump showed with the assassination of Gen. Qasem Soleimani in his car coming out of Baghdad airport, he does not recoil from direct action against perceived enemies.

Last week, the U.S. flew two B-52s out of Minot, North Dakota, to the Middle East.

The USS Nimitz carrier group began moving out of the Indian Ocean toward the Persian Gulf.

Was Pompeo told what the Israelis were about to do? Did the U.S. know of, approve of, or not object to the attack? Do Americans want this war that seems closer today?

5 thoughts on “Has Bibi Boxed Biden in on Iran?”