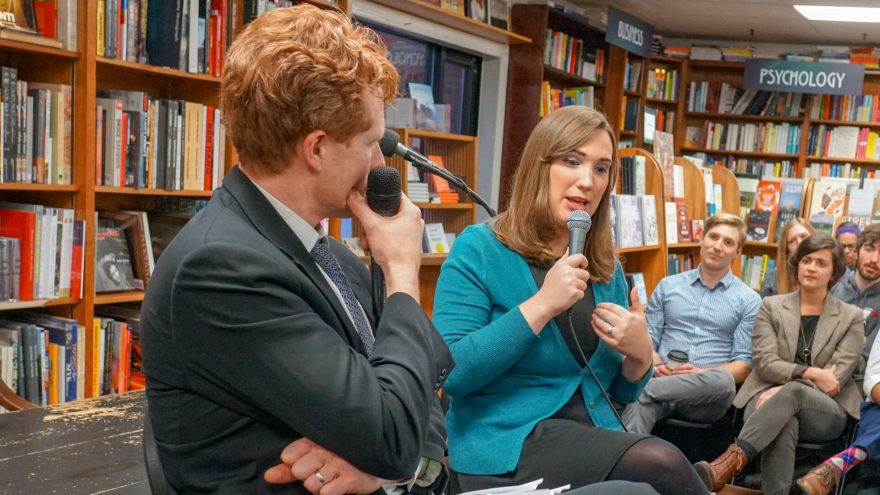 “They’re not cute; they’re violent. All we know before a child is born is their anatomy. They will reveal their gender. It may match your expectations of that anatomy, and it may not. If you love the child you will be patience, attentive and open.”

This is patently insane for a variety of reasons.

First, the characterization of gender reveal parties — parties during which parents celebrate finding out whether their unborn children are boys or girls — as “violent” is, in and of itself, radically nuts. Parents are excited to learn whether their children will be boys or girls. That is absolutely unobjectionable. But for an ardent fan of abortion on demand such as Blow to characterize a gender reveal party celebrating the sex of an unborn baby as “violent” while characterizing the in utero dismemberment of that same unborn baby as “choice” is so morally benighted as to boggle the mind.

Blow’s tweet goes further. The implication that parents are doing violence against their own children if they connect sex and gender is utterly anti-evidentiary. Sex and gender are interconnected. For nearly every human being born, biological sex will correspond with genital development in the womb. And gender, contrary to the idiotic, pseudoscientific paganism of the gender theory set, is not some free-floating set of biases we bring to the table. Males and females have different qualities in a variety of functions, attitudes, desires and capabilities. In every human culture — indeed, in every mammalian species — meaningful distinctions between male and female remain. To reduce children to genderless unicorns simply awaiting hormonal guidance from within piles absurdity upon absurdity.

And, of course, Blow's take on "patience" is not limitless. Presumably, should your daughter announce that she is a boy at the tender age of 5, all measures will immediately be taken to ensure that she is treated as a boy by those such as Blow. There will be no call for watchful waiting; to do so would be yet another act of "violence."

Why does any of this matter? Because Blow's perspective has become mainstream on the left. In October, Healthline, a supposed medical resource, ran an article reviewed by a licensed marriage and family therapist titled "'Do Vulva Owners Like Sex?' Is the Wrong Question -- Here's What You Should Ask Instead."

Whether "vulva owners" like sex is indeed the wrong question. The right question, to begin, might be what makes "vulva owners" distinct from women; as a follow-up, we might ask how one would go about leasing or renting a vulva if ownership seems like too much of a burden.

But the madness gains ground. CNN reported in July that the American Cancer Society had changed its recommendations on the proper age for cervical cancer screenings for women, only CNN termed women "individuals with a cervix."

Which seems rather degrading to women, come to think of it.

Lest we believe that this is merely some lunatic fringe, it is worth noting that Blow, Healthline and CNN are merely saying out loud what those who place gender pronouns in their Twitter bios, such as Vice President-elect Kamala Harris, imply: that gender and sex are completely severable, and that biology has nothing to do with the former. President-elect Joe Biden has openly stated that an 8-year-old can decide on his transgenderism; Sen. Elizabeth Warren infamously stated that she would have a 9-year-old transgender child screen her secretary of education nominee. Male and female are arbitrary categories to which anyone can claim membership.

Unless, of course, the left wishes to treat sex as an important characteristic. Then the logic changes. Thus, it is historic that Biden has nominated an all-female communications team, and it is deeply moving that Harris is a woman.

It's almost as though the definitions of words have no meaning, according to the left. All that matters is fealty to whatever narrative the chosen moral caste dictates on a daily basis. And if you cross it, you're doing violence.

9 thoughts on “The Left’s Gender Theories Are Anti-Scientific Nonsense, but They’re Gaining Ground”