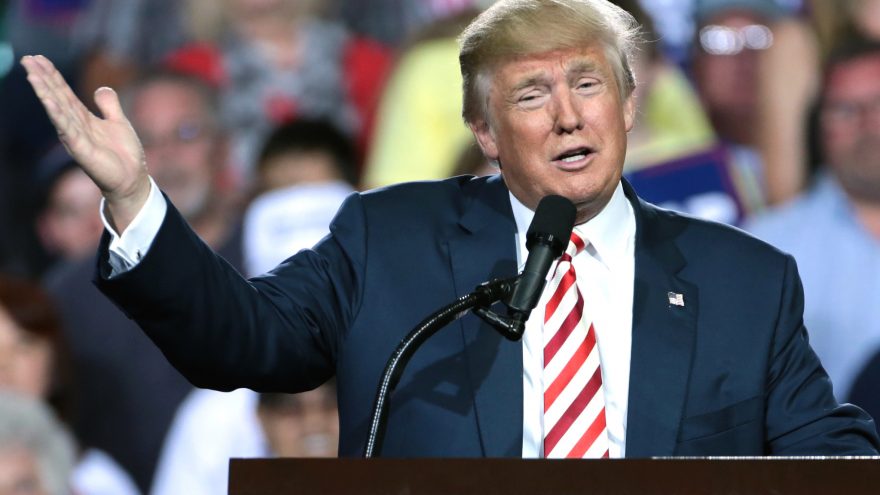 
President Trump said “This is maybe the most important speech I’ve ever made” in a 45 minute video posted on Facebook, Wednesday.

In the speech he explains that his challenge to the election results is not just about his campaign and winning. It’s about the integrity of our elections process and future elections.

He stated that our election system is “under coordinated assault and siege”.

“This is not just about honoring votes of 74 million Americans who voted for me, it’s about ensuring that Americans can have faith in this election and in all future elections”

He presented some of the evidence of the fraudulent activities and irregularities, during the election, that have been exposed and says it's just a small fraction of what they've found.

“What changed this year was the Democrat Party’s relentless push to print and mail out tens of millions of ballots sent to unknown recipients with virtually no safeguards of any kind,” Trump said.

President Trump said he knows that he will be excoriated by the press and establishment politicians for not just playing along and accepting the loss.

He also said that Democrats had rigged the election "from the beginning" and that they used the COVID-19 pandemic to execute their plan, a claim that many have made from the beginning of this pandemic when the riots, lockdowns, mandates, and fear mongering started.

The President touched on Dominion Voting Systems as well.

“We have a company that is very suspect. Its name is Dominion. With a turn of a dial or the change of a chip, you can press a button for Trump and the vote goes to Biden,” he said. “What kind of a system is this? We have to go to paper.”

He said they're still going to use the same system in Georgia for the run-offs in January.

Trump then touched on the Durham investigation and all of the evidence gathered during the Russian Collusion investigation that the intelligence and government agencies violated laws, norms, regulations, and individual rights in order to attack him and remove him from office.

In other countries, that would describe a coup attempt and people would certainly be jailed, at minimum, almost immediately after its discovery.

“So who knows if he’s ever even going to do a report, but if you look at the lies and the leaks and the illegal acts of behavior done by so many people and their desire to hurt the President of the United States, something should happen,” Trump explained.

He added, “The hardest thing I have to do is explain why nothing is happening with all of these people that got caught spying on my campaign. It’s never happened before and it should never happen again to a President of the United States.”

7 thoughts on “In FB Video, Trump Says Election Process is Under “Coordinated Assault and Siege””