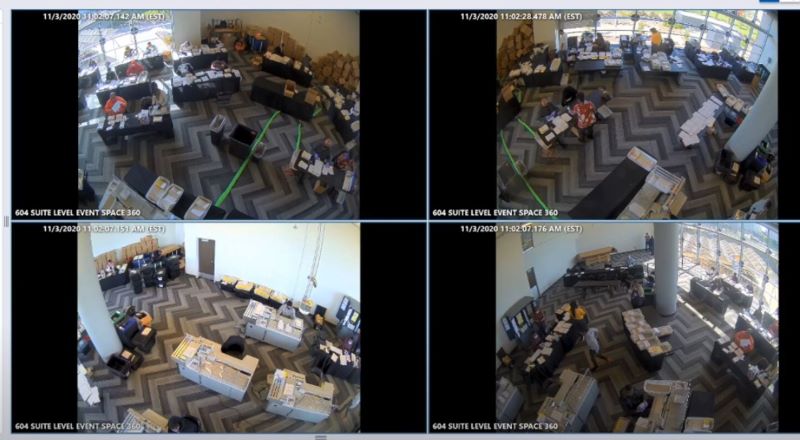 
A new video that was seen by the public for the first time on Thursday, according to the Trump team lawyers, appears to catch Georgia election workers pulling out suitcases full of ballots after they had sent everyone home for the night and declared the counting had stopped for the night.

This was on election night when they stopped counting.

Sworn affidavits have been signed that witnesses say they were told to go home at 10:30pm on election night and that counting had stopped.

The media and election officials in Georgia have continuously denied any evidence of election fraud.

The Department of Justice has also said they haven't found any evidence of voter fraud that would change the outcome of the election.

This video looks to tell a very different story.

Mike Cernovich couldn't believe what he was watching.

..and attorney Phillip Kline said they've found many times more potentially fraudulent ballots than the margin between Biden and Trump.

The number of potentially fraudulent ballots we’ve identified in Georgia is over 30x's greater than the margin separating President Trump and Joe Biden.

This is what happens when private interests are allowed to create a two-tiered election system unaccountable to the public!