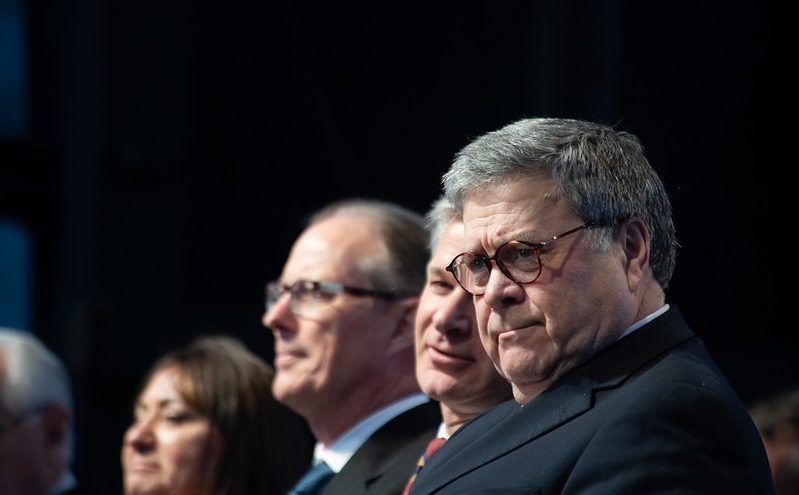 
Attorney General William Barr appointed U.S. Attorney John Durham as special counsel to the investigation into the origins of the Russian Collusion probe.

He made the appointment on October 19th, almost two months ago, while remaining silent on the move. Perhaps one of the few moves that wasn’t unraveled by a leak.

Barr has said that he’s seen evidence of serious nature from the Durham investigation but nothing has really come out of it to this date, other than an FBI lawyer pleading guilty to making a false statement. Somehow Kevin Clinesmith, the FBI lawyer who pled guilty, got off with the false statement charge even though he materially altered an email that was used to get a FISA warrant on Carter Page, a consultant on the Trump campaign.

People have grown frustrated with the Durham investigation as it's been moving at the speed of a snail while it seems that any investigation, no matter how big or small, of Trump associates seemingly takes priority.

Barr has said he expected the Durham investigation to be wrapped up by summer of 2020 but that came and went.

In the letter, he writes that he appointed Durham as special counsel so that he would be less likely to be impeded as the results of the election are unknown.

“On May 13, 2019, I directed United States Attorney John Durham to conduct a preliminary review into certain matters related to the 2016 presidential election campaigns, and Mr. Durham’s review subsequently developed into a criminal investigation, which remains ongoing. Following consultation with Mr. Durham, I have determined that, in light of the extraordinary circumstances relating to these matters, the public interest warrants Mr. Durham continuing this investigation pursuant to the powers and independence afforded by the Special Counsel regulations,”

“The Special Counsel is authorized to investigate whether any federal official, employee, or any other person or entity violated the law in connection with the intelligence, counterintelligence, or law enforcement activities directed at the 2016 presidential campaigns, individuals associated with those campaigns, and individuals associated with the administration of President Donald J. Trump, including but not limited to Crossfire Hurricane and the investigation of Special Counsel Robert S. Mueller III,” Barr revealed. “If the Special Counsel believes it is necessary and appropriate, the Special Counsel is authorized to prosecute federal crimes arising from his investigation of these matters.”

But will it really matter?

What if Joe Biden does fire the special counsel? Will his own DOJ prosecute him for abuse of power?

It sure seems unlikely given the amount of information about him and the Ukrainian extortion and Hunter Biden business deals.

Many of the potential candidates for a potential Joe Biden administration would be subjects of the Durham investigation so that won't have many people holding out for justice.