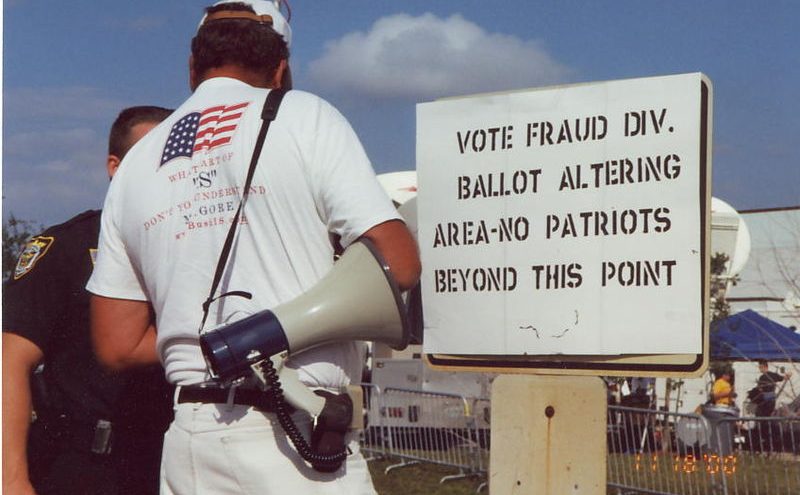 
You couldn’t make this up if you tried.

A Dominion Voting Systems server crashed in Fulton County, GA on Sunday that is now delaying the recount.

“Technicians from Dominion have been dispatched to resolve the issue,” Fulton County officials said in a statement reported by WXIA-TV, a local NBC affiliate. “The Georgia Secretary of State’s office has also been alerted to the issue and is aware of efforts to resolve the problem.”

Dispatching more Dominion folks isn’t going to give the people more confidence in the process.

Starting to feel like you've seen this movie before?

Dominion is the focus of multiple lawsuits filed by Sidney Powell alleging massive fraud in the November election. The states that are being challenged right now were using the Dominion systems. Ironically, those tend to be the states that keep having problems with transparency and functionality.

Just yesterday, a judge in Georgia had ordered the Dominion machines to be secured and not reset or wiped, due to allegations that the machines gave all Democrat candidates a 35k head start and counted ballots for Democrats at a ratio of more than 1:1.

The judge reversed his order just hours later but has now ordered machines to be secured in three Georgia counties. Fulton County, however, is not one of those counties.

The Republican leadership of Brian Kemp (Governor) and Brad Raffensperger (Secretary of State) has been under fire for the sloppy and non-transparent way this election has been handled in Georgia.

Oh yes, but we will prevail.#Patriots are united like never before to shine the light of Truth across our land.@realDonaldTrump @DanScavino @LLinWood @KrakenWood #Georgia election fraud is being exposed
Who benefitted from the hurry-up #Dominion contract in #GA? https://t.co/rFzBbsb7q4