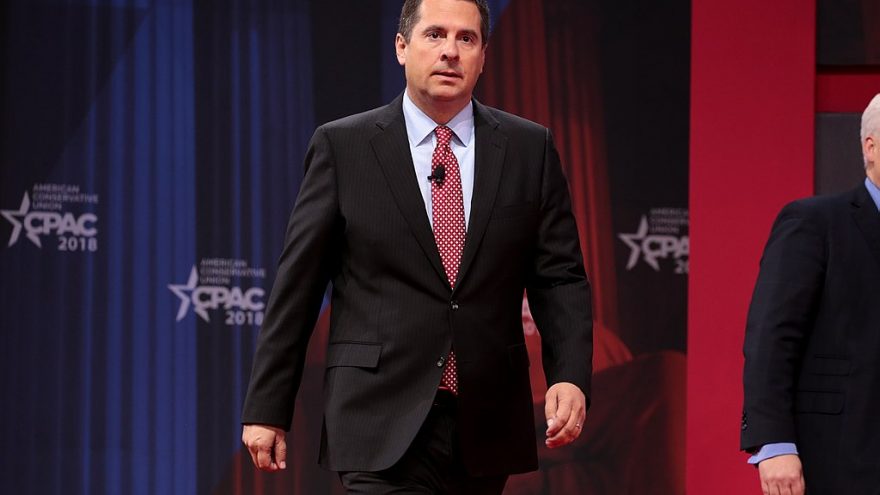 
Congressman Devin Nunes (R-GA)  is the latest to voice his concerns over the lack of follow-through on the Durham investigation.

He is now convinced there needs to be a Special Counsel appointed to investigate the criminal referrals sent by Congress and actions by Intelligence Agency officials that took place during and after the 2016 elections.

“Every day that ticks by it’s going to become an absolute necessity that a special counsel is appointed on the way out,” Nunes told Fox News’ “Sunday Morning Futures.”

Nunes says he’s made 14 criminal referrals that involve dozens of people but sees no action from it, and that’s concerning.

Nunes also says it should be Attorney General William Barr that appoints the special counsel but he doesn't know if that's in the works or not. However, he's worried that if Durham doesn't come out with any referrals and Joe Biden takes office, they'll shut it all down.

“Now that doesn’t mean that [President-elect Joe] Biden wouldn’t fire the special counsel but at least you’d have a special counsel office setup, with money, so that this investigation can continue, because I’m not seeing the indictments that I should be seeing when you take into the account that I’ve made 14 criminal referrals involving dozens and dozens of people,”

Who could have predicted that?

The swamp is deep.

I'm not saying that Durham is a part of the swamp but I'm certainly not buying that it's out of the question. After all, people 'close to the investigation' keep saying these things take time. It doesn't, however, seem to take any time to prosecute someone close to the Trump administration with a case based wholly on rumors.

Barr has said, many times, that he believes the Obama administration spied on candidate and then President Trump. He's also said the evidence he's seen from the Durham investigation is "troubling".

How many times do FBI Agents and Intelligence Agency leaders get to lie under oath without being prosecuted? Is that not a crime anymore? It seems to be for anyone associated with the Trump campaign, even if the interviewing agents don't think it was a lie.

Of course, Joe Biden could just fire the Special Counsel and likely get zero backlash from the media. And he probably would.

It's becoming apparent that in order to have justice, it has to be applied by people who have nothing to do with the Department of Justice.