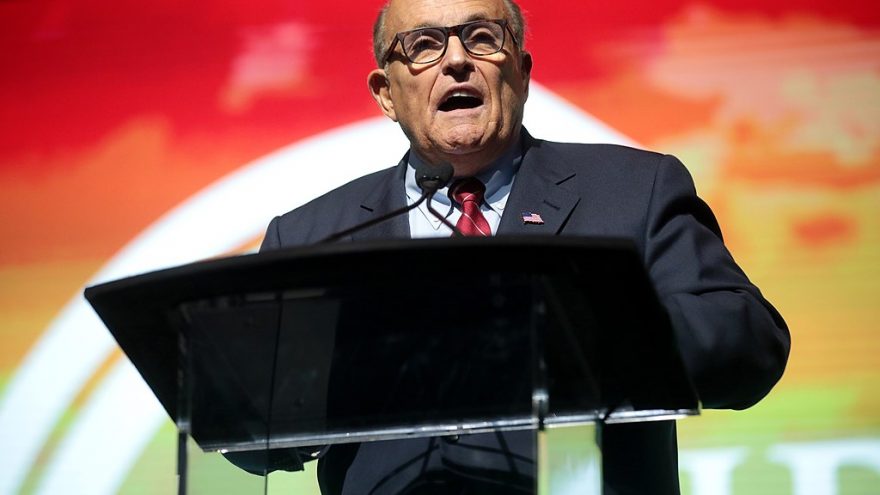 
“President Trump won by a landslide. We are going to prove it.”

That was Sidney Powell, former attorney for General Michael Flynn and now attorney for President Trump’s legal team, during their press conference on Thursday.

Rudy Giuliani said Trump won by a landslide, too, if it weren’t for the fraudulent votes. Those votes he said are “provable, illegal” ballots and they have more than double the amount needed to overturn the election counts.

Giuliani also explained that this process takes time. Time the media doesn’t want to give their team, but they were happy to give Al Gore more than 30 days to litigate the results of just one state.

Sidney Powell responded to the threats and intimidation tactics of the left and their media cronies:

One attorney for the team has stepped down due to threats to her and her family and now is reportedly under protection orders.

At one point, Rudy Giuliani scolded the media for not looking into any of this and admitted that he, himself, was embarrassed by how easily accessible some of the proof of blatant corruption is found on the internet. He was referring to the relationship of top Dominion officials and owner with former communist leader Hugo Chavez and current Venezuelan leader Nicholas Maduro.

Trump campaign Senior Legal Advisor, Jenna Ellis, laid into the media for covering up, or at least ignoring, all easily provable and accessible evidence of fraud.

“I would strike 99%” of the journalists if they were her jury,” she said, and “I would be allowed to because of the fake news coverage you provide.”

Giuliani says the Georgia recount is worthless because they're just recounting the same fraudulent votes and not verifying any ballots. Pennsylvania, he says, will be forced to throw out over 680,000 ballots because they did not inspect them but just tossed them in and counted them.

They all mentioned that this case has more than one angle. They said there is fraud with the mail-in ballots, manufactured ballots, as well as the digital angle on this case - much of it related to Dominion.

Sidney Powell said we're talking about "trillions of dollars of wealth" that is at stake with this attempted takeover of our country.

Watch the entire press conference here. It's worth your time.